Around the World in Trams: Berlin 1587

Posted on Saturday 28 November 2020 by Gareth Prior

This article carries on our look at the trams of the world’s third largest tram network in Berlin.

On 3rd February 2017 we see a tram which started off life in 2015 as an Adtranz GT6N (numbered 1087) but was modernised to become a GT6U in 2015 when it received its current number of 1587. It is on route 61 and has terminated at Rahnsdorf/Waldschanke in the eastern outskirts of Berlin and is shortly to take a loop through woodland to head back to Adlershof/Karl-Ziegler-Strasse in the south east of the city. This is one of several inter-suburban routes that pass through the picturesque town of Kopenick. 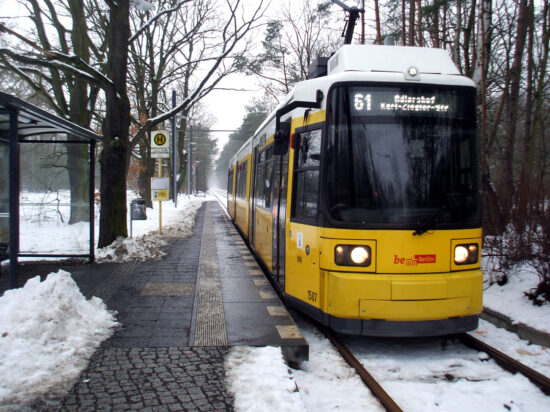