On 8th October 1960 the last trams on the first generation Sheffield Corporation Tramways ran bringing to an end 87 years of tramway operation in the city. With the first horse trams having run on 7th October 1873 this was actually 87 years and one day of operation! As we now know it was only be 34 years before trams would return but at the time it seemed that the connection between trams and Sheffield was over. In the first of two special articles today on the exact anniversary of closure we take a pictorial look at some of the original Sheffield trams which remain in existence today. 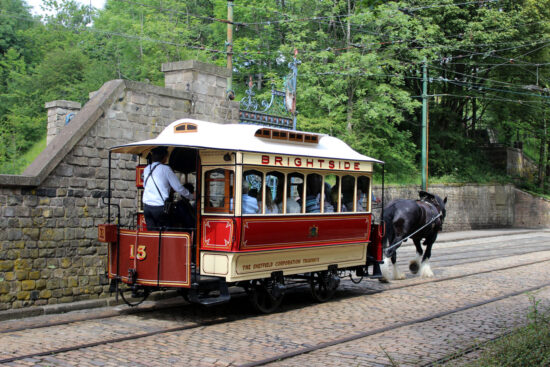 The oldest operation Sheffield tramcar still around today is horse car 15 which is usually in operation regularly each year at the Crich Tramway Village. In this 15th July 2019 view we see it running along the museum street. 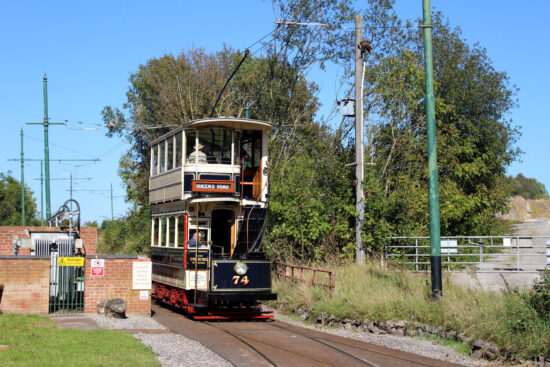 Dating from 1900 is no. 74 which after being sold to Gateshead was finally rescued for restoration and entered service at Crich in 1995 (with parts from three trams to make up one complete car). The tram is seen at Crich on 21st September 2019 just heading up to Glory Mine at Wakebridge. 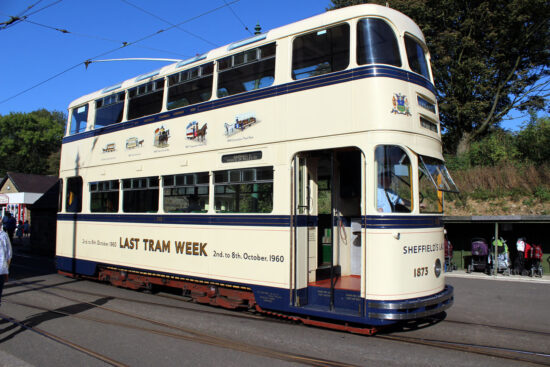 The official last tram in Sheffield on 8th October 1960 was Roberts Car 510 which (along with 513) received a special “Last Tram Week” livery. Featuring images of various trams which ran in Sheffield over the years the livery has now been recreated on 510 during a recent overhaul and we see one side of the tram at Town End, Crich on 21st September 2019. 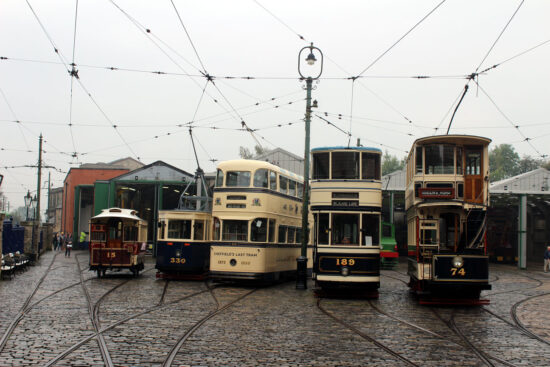 On 22nd September 2019 a number of Sheffield trams were lined-up in the depot yard at Crich showing many of the different varieties of tram which ran in the Steel City. In wet weather see 15, Works Car 330, 510, 189 and 74 on display. A further Sheffield car is in the Great Exhibition Hall – 264 – while no. 46 is in store at Clay Cross. 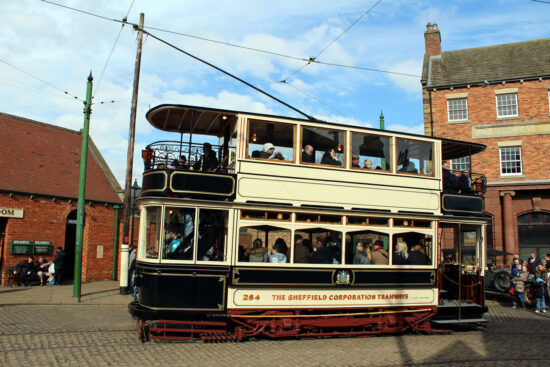 Its not only Crich where you can usually find preserved Sheffield trams in operation. As well as Roberts Car 513 at East Anglia Transport Museum, 264 is part of the fleet at Beamish. Its one of the quirks of tramcar preservation that with all those trams to be saved there are two number 264’s from Sheffield to survive! We see the resplendent 264 at Beamish on 9th April 2016. (All Photographs by Gareth Prior)