Can it really be 10 years ago that Stagecoach Supertram repainted one of their trams in an approximation of Sheffield Corporation Tramways livery? It may not seem it but it is! It was in 2010 that Siemens-Duewag built tram no. 120 lost its standard Stagecoach livery for a cream and blue (a slightly lighter shade of blue than the trams had carried) colour scheme. Originally expected to be in place for a short period of time it has retained this special livery ever since – even when it was involved in a collision with 118 at Shalesmoor and was reformed, the section from 118 got the cream livery rather than 120 reverting to fleet colours! It has become without doubt the most popular of trams in Sheffield today! In this article we take a look at the launch of the tram in its new livery and some of its first runs in Sheffield. 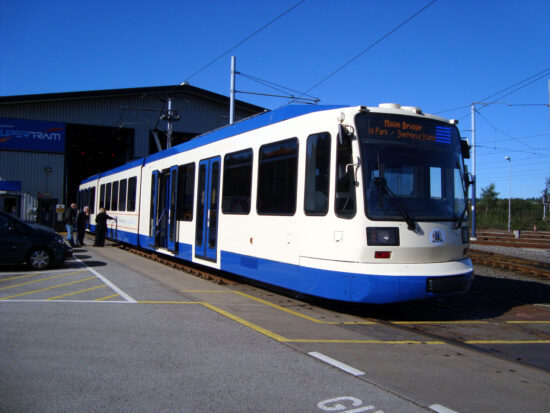 Looking clean and bright, 120 waits outside the depot in Sheffield during a special ceremony to unveil its new look. Devoid of external numbers (something which would be the case for quite some time) and with the Sheffield Corporation crest on the front of the tram, clear blue skies came to welcome the new livery. 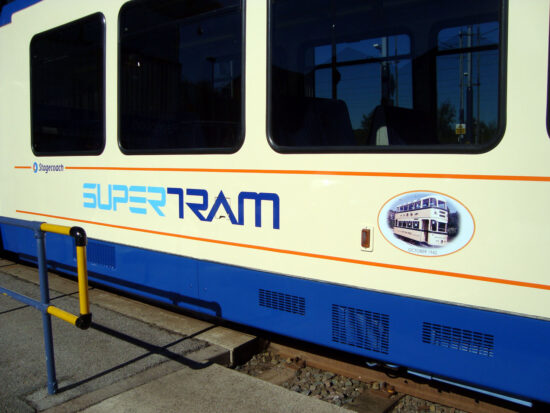 Some of the side detail on the tram which includes an image of Sheffield 510 at Crich. 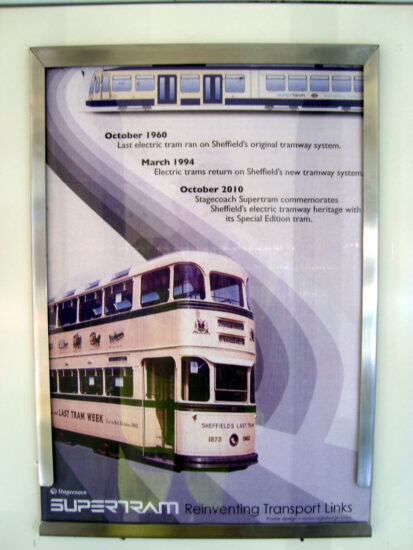 For a number of years this special information poster was inside the tram. 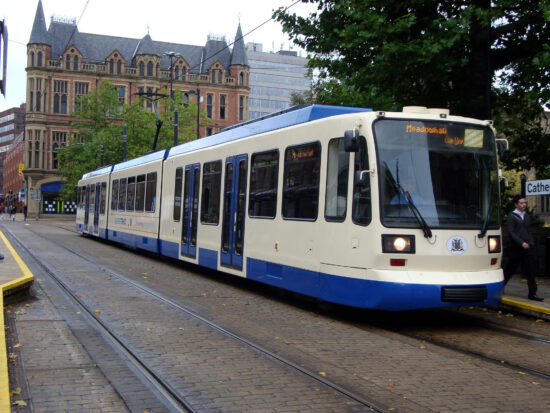 Exactly 50 years after what was thought to be the last tram ran in Sheffield the Corporation colours returned to a tram in service when 120 returned to service. This is 8th October 2010 with 120 at Cathedral. (All Photographs by Stuart Cooke)