Posted on Friday 28 August 2020 by Gareth Prior

Work may not have resumed yet on the restoration of Blackpool Brush Car 298 at Crich but another major and significant milestone has been reached in the project with confirmation that the Tramcar Sponsorship Organisation and the Tramway Museum Society have signed the formal contracts for the restoration of the tramcar. It is expected to cost £373,000 to return the tram to service with 298 due to be moved back to Crich by the end of this year.

The funding for the restoration of the tram will come from the long-standing Blackpool Railcoach Fund and the TSO. 298 was withdrawn from passenger service in Blackpool way back in 1974. The tram may well hold the distinction of the longest restoration in tram preservation as some work was started back in the 1970s – led by Keith Terry  – but it still requires significant attention to return it to the rails, not least to the underframe as well as a full rewire along with attention to the bodywork. The construction of the new underframe will be contracted out with this being the first major part of the work.

298 is currently stored at the Tramway Museum Society’s off-site store at Clay Cross but will be returned to Crich later this year.  It won’t be 298’s first move to Crich as it was previously displayed in its unrestored condition there between 2005 and 2014 before heading to Clay Cross for further storage.

Whilst there may be some of you thinking this is duplicating a type of tram already seen running in preservation (630 at Crich, 621 and 631 at Blackpool and 623 at Heaton Park), 298 will be the only one to be restored back to its original 1937 condition and is bound to be a popular all weather single-decker in the fleet at Crich once work has been completed. The tram will see sliding roofs, curved roof windows, 48 luxury upholstered seats, heaters and a clock above the entrance to the driver’s cab at each end restored as part of the work.

Preparations have been ongoing for the last couple of years for the work to commence in earnest (including looking at original drawings of the Brush Cars and checking what previous work was completed). 298 will be the next major project to go through the workshops at Crich following on from London County Council 1 and Newcastle 102. It is hoped that the tram will be completed by 2024.

Frank Bagshaw, TSO Secretary, said: “This is an exciting development, and it has been important to negotiate such a contract with the TMS to ensure a tight control over expectations and finance. It lays the groundwork for future restoration projects.”

Long-term contributor to the fund, Keith Chadbourne (a TMS member and volunteer as well as regular contributor to British Trams Online), said: “At long last we can demonstrate what a 1930’s Art-deco tramcar looked like, and how it set the scene for modern tramways of the future”.

New contributors to the TSO are always welcome and details on this can be obtained from the TSO Treasurer, 2 Mayflower Cottages, Standish, Wigan, Lancashire, WN1 2UR or by emailing brent.higham@outlook.com. 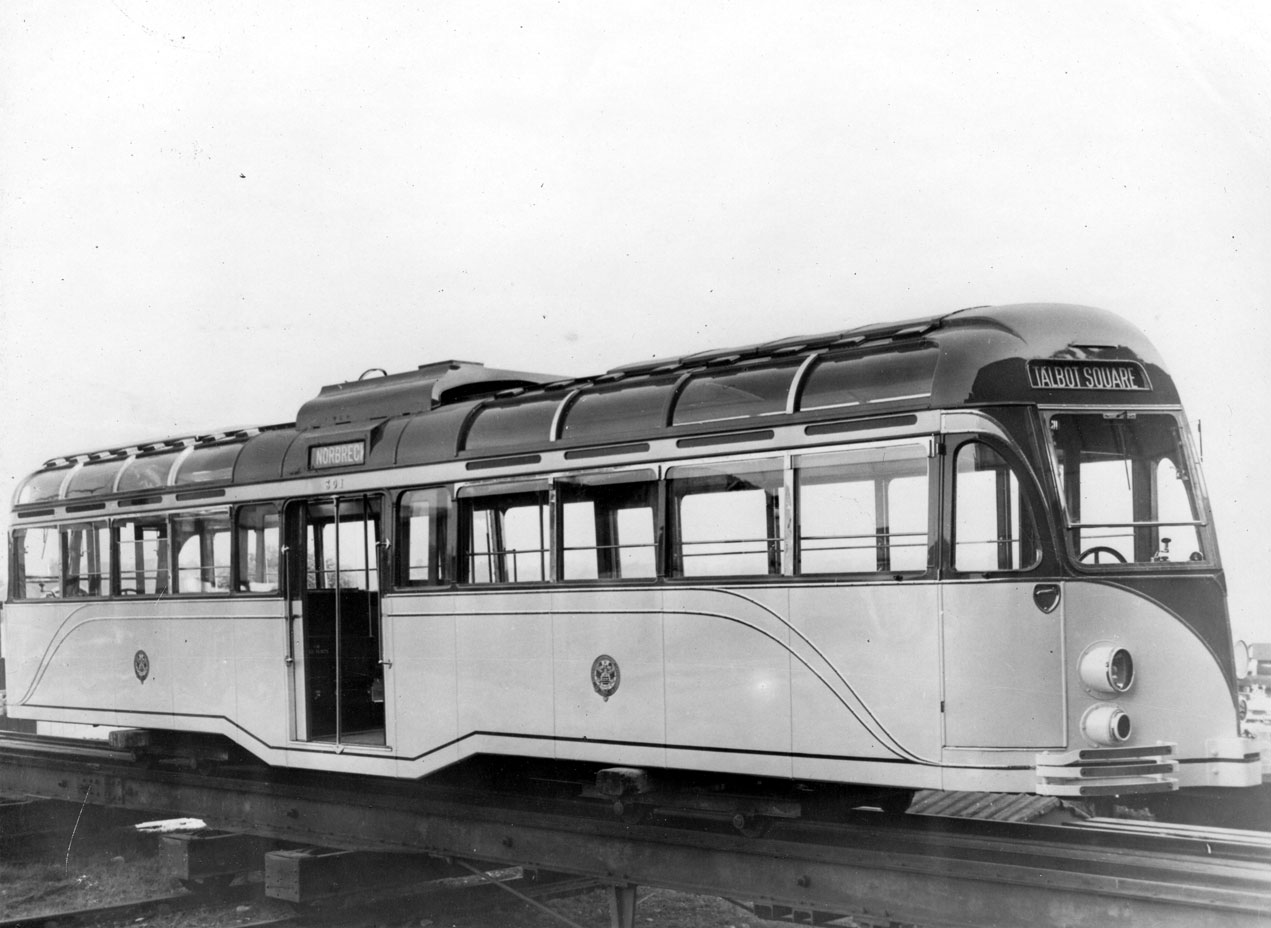 The original look of the Brush Cars is shown with this promotional image taken at Brush’s Loughborough Works before delivery to Blackpool. 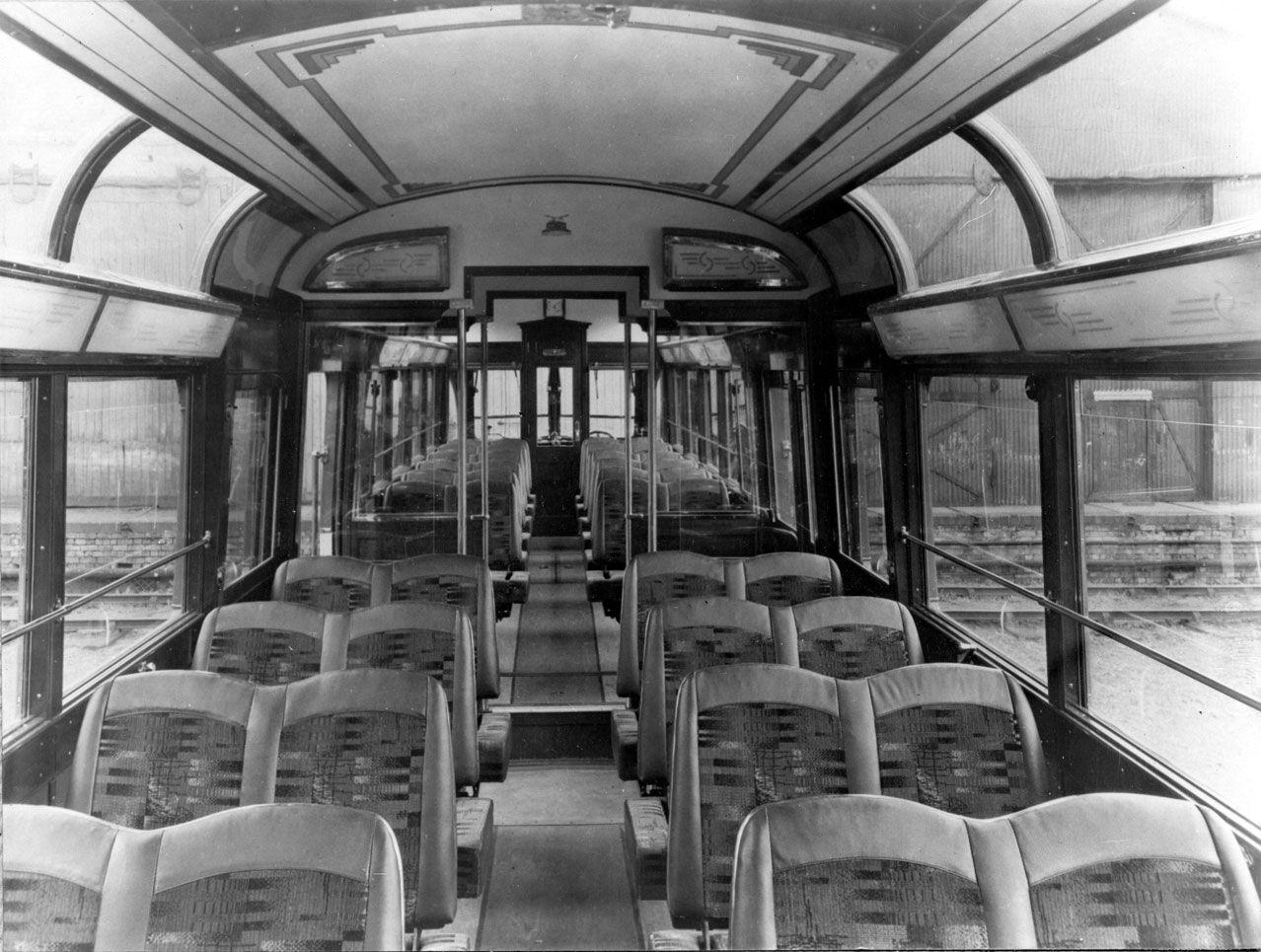 The original interior of a Brush Car. Over the next few years this will be recreated in 298. (Both Photographs courtesy of Crich Tramway Village)