Posted on Wednesday 19 August 2020 by Gareth Prior

Its another snowy image from Midland Metro for you in this “Picture in Time” instalment.

In this image – taken on 5th February 2012 – we see T69 06 at West Bromwich Central. A lot of the snow that had fallen on this day had already become a slushy mess by the time this photo was captured as 06 was on its way to Birmingham Snow Hill but you can still clearly make out the white stuff on the ground. 06 is in the original Midland Metro livery here and was another of the trams which would remain in service into 2015 – the last year the T69s ran. 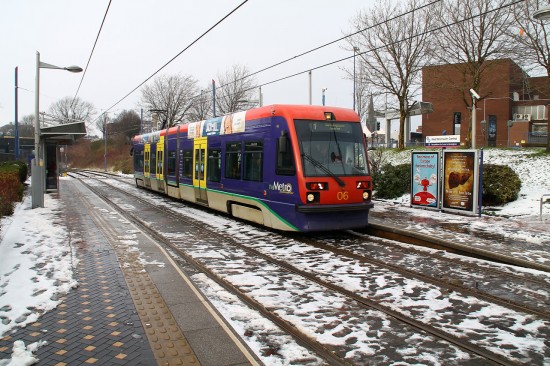