Posted on Sunday 16 August 2020 by Gareth Prior

As part of the ambitious proposals for the expansion of the East Anglia Transport Museum, following the acquisition of additional land, it is planned that the current tram route will be extended to allow for a longer ride – with what could be the most complex tramway in UK preservation! In preparation for these proposals the museum has recently had a delivery of new track.

The track arrived at Carlton Colville in early August and includes 12 60 foot long lengths of tram rail. This track has an interesting history in its own right as it was originally owned by Transperience – the failed transport museum from the mid-1990s in Bradford, which also saw a trolleybus route constructed – before it was moved to Essex where it has remained for the past few years. The East Anglia Transport Museum have acquired it from that site in Essex and will now keep this stored until such time that the proposals for the tramway extension are put into action.

The plans for the new tramway will see the extension leave the current line just before the entrance to the woods. It will then run alongside a new tram depot and then split into two to run to either end of the newly acquired land. An additional line will also be built on far boundary linking these two new lines.

The ambitious expansion plans will also see extensions to the East Suffolk Light Railway, a new trolleybus route as well as associated buildings. No timeline has been set for the completion of work. 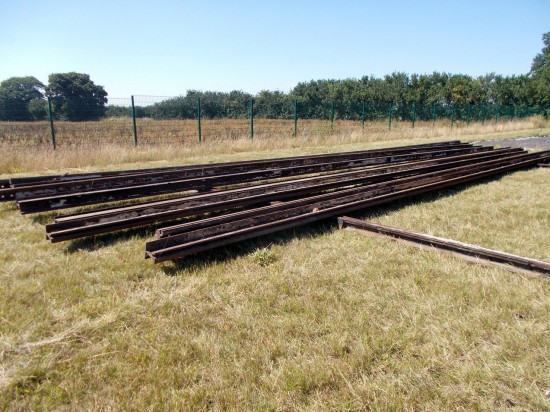