We head back to look at another surviving first generation tramway structure today, and this time it’s a tram shelter in Huddersfield.

This tram shelter can be found on the A629 on the way into Huddersfield opposite Luther Place. It would have seen extensive use in the first half of the twentieth century with the location being on the route which went out to West Vale at the connection to Halifax Corporation Tramways. This area of the route would have first seen trams (steam) in 1884 before electric trams came in 1901. The last trams would run on 27th May 1939. And yet the shelter remains in place! 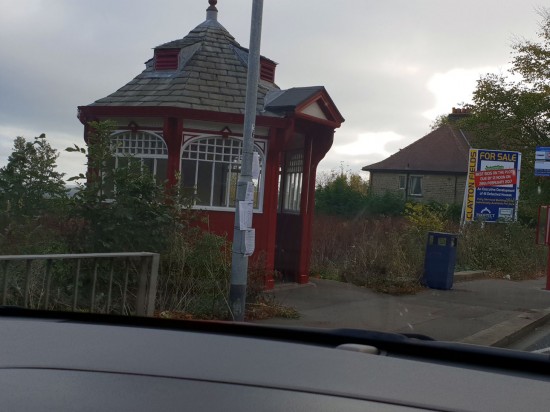 Taken from a car as there is nowhere close-by to park the car! This is the surviving shelter. (Photograph by Dave Jones, 24th October 2018)