Whatever Happened To? Blackpool Twin Car 675+685

Posted on Tuesday 9 June 2020 by Gareth Prior

As with set 2, set 5 would only see use on the final day – 6th November 2011. But unlike its sister tram 675+685 was only used on a Private Hire with it being used on a tour for the Fylde Tramway Society alongside Balloon 715. With this tour commencing at 1430, the tram would run up and down the tramway several times before its time was over and it was back to depot at 2209.

After remaining stored at Rigby Road for the next few years, 2015 was to be year that the tram was to return to service after it received a repaint into the 1960s half green and half cream livery style complete with orange trolley tower. This period of use was not to be a long one, however, as following on from the fire on set 2 it was withdrawn from service in 2016 awaiting a rewire. The tram has been in and out the workshops several times since but still awaits completion of this work. 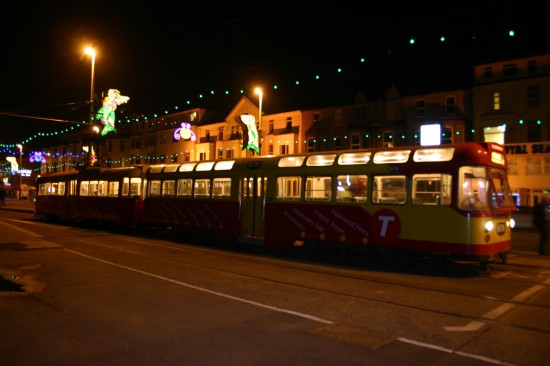 685+675 wait at Manchester Square to return to depot on 6th November 2011 following the completion of its tour for the FTS. 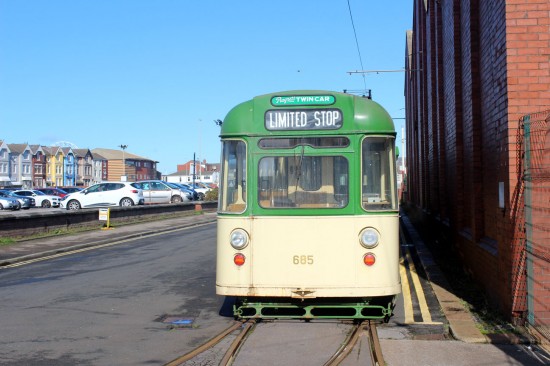 Although not seen in service since 2016, 675+685 have made several appearances on display since. The 2019 September Spectacular weekend saw it out on both days and we see the trailer end here on Blundell Street as part of a line-up of trams due to be see wiring attention in the near future. (Both Photographs by Gareth Prior)