Posted on Wednesday 18 March 2020 by Gareth Prior

Monday 16th March saw the start of shadow running on Manchester Metrolink’s Trafford Park line ahead of its planned public opening on Sunday 22nd March. As we’ve seen in the past Shadow Running operates in the week or so leading up to the start of public services to make sure that the timetable runs as it should and that absolutely everything infrastructure wise can cope with what is planned.

Shadow running on day one saw six trams in service with one on Driver Training, it is thought that five trams will be needed to operate the shortened into Trafford Centre to Cornbrook service which will run at a standard 12 minute interval. Monday’s trams were 3012, 3061, 3068, 3073, 3078 and 3114. 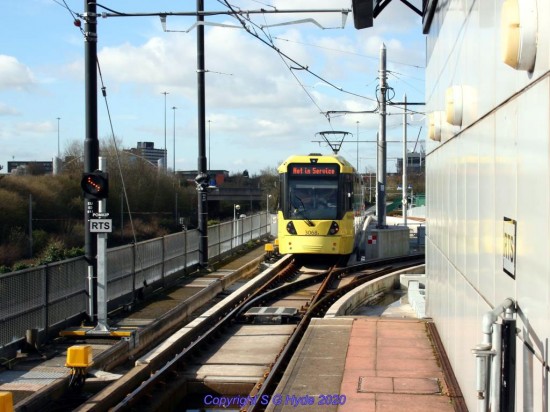 At Pomona we see 3068 departing for the Trafford Centre and crossing the new junction. 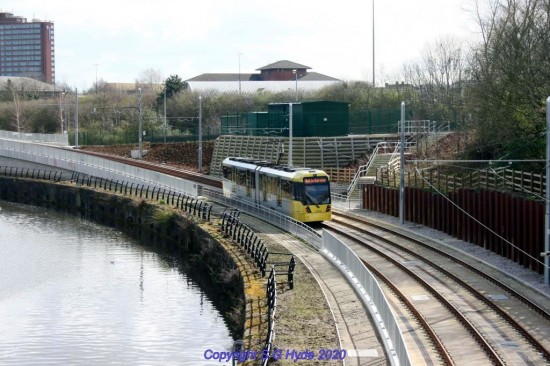 Looking towards Pomona from Trafford Road as 3078 heads for Pomona approaching the ramp up from Wharfside. 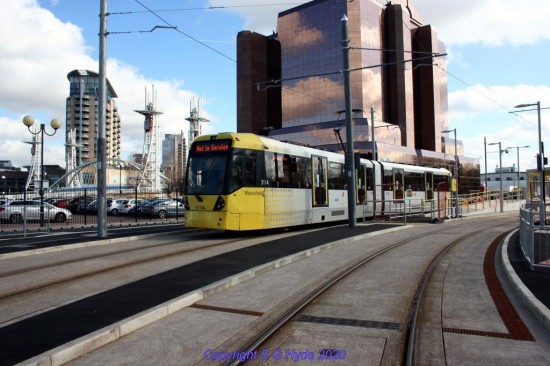 At Imperial War Museum stop 3114 enters the platform from the Trafford Centre on its way to Cornbrook. 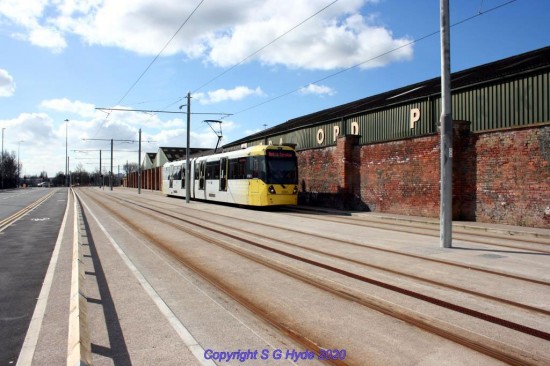 Having now moved onto Warren Bruce Road we see 3061 passing the turnback siding heading for Cornbrook. 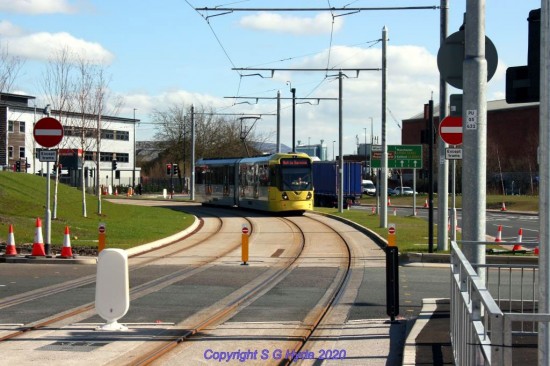 Further west 3061 passes through Village Circle roundabout heading back to the Trafford Centre. 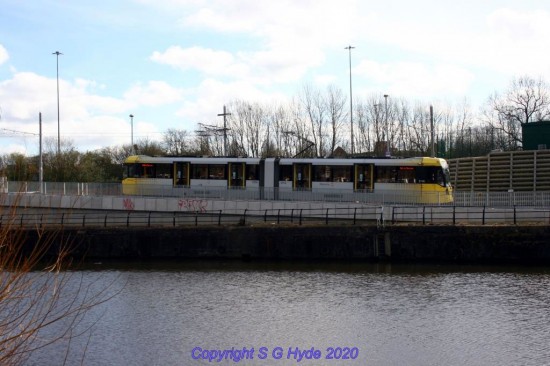 From the north side of the Manchester Ship Canal near the former Pomona Docks 3114 is seen starting the climb up to Pomona stop heading for Cornbrook. 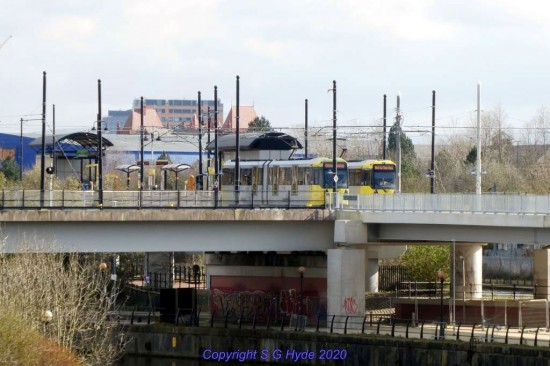 Again from the north side of the Ship Canal looking at Pomona 3012 is seen passing 3114 on the Pomona Junction. Both trams are on the trial running service. 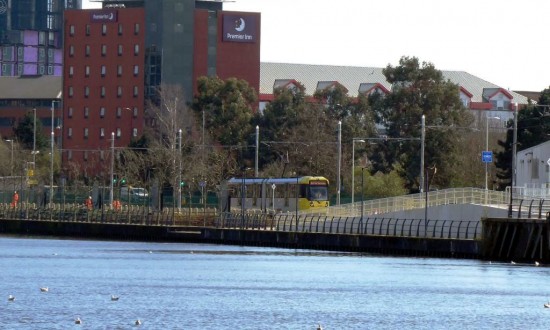 Now from the former Manchester Docks area near the Lowry Outlet Centre looking across to Trafford Wharf 3114 is seen heading along the Wharfside towards the Trafford Centre. 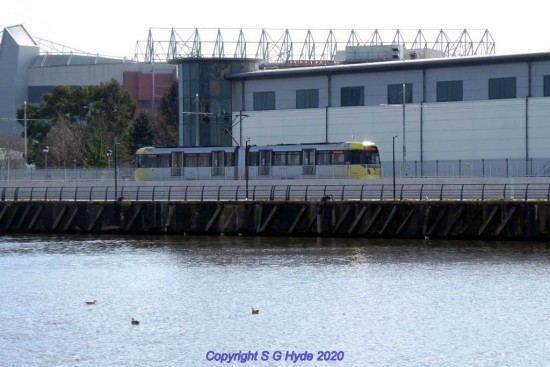 From the same location as the previous photograph 3061 is seen heading back towards Cornbrook. In the background Manchester United’s Old Trafford Stadium can be seen. (All Photographs by Steve Hyde, 16th March 2020)