Posted on Saturday 14 March 2020 by Gareth Prior

Its been a long time since we had an entry into this series but in this article we take a pictorial look at two long withdrawn tram bodies from Wrexham in North Wales, now stored out in the open.

The last trams ran in Wrexham on 31st March 1927 (so very nearly exactly 93 years ago) and it is remarkable to think that there are still two – true they are rather battered and derelict – tram bodies in existence, with their original use still very much apparent. It is likely that these two bodies are nos. 4 and 6 which were known survivors and were both of the batch of 10 trams built for the systems opening in 1903. These trams were double deck open toppers and as with many trams sold on the closure of their operating systems they were split with just the lower deck now surviving. Both these bodies were used as garden sheds but are now just in store with an uncertain future but at least they still survive. 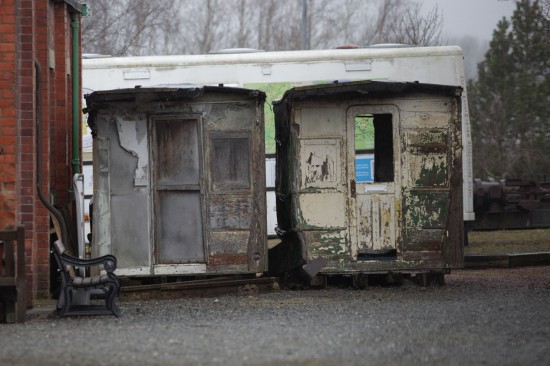 The two bodies seen side by side. The one on the right was obviously painted green at one time judging by the flaking paint (the Wrexham trams were red during service) and even has a letter box added! 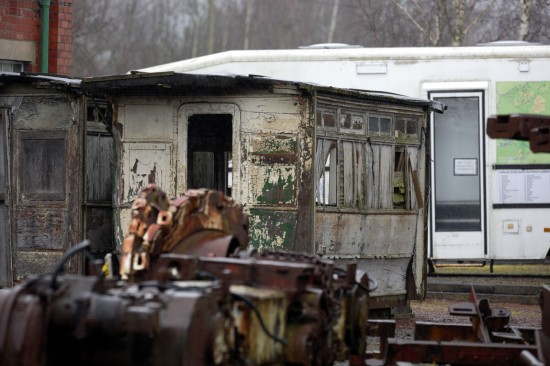 Looking at the right hand tram again we see the side of the body a bit more with wooden panelling where the windows would once have been now starting to come off. 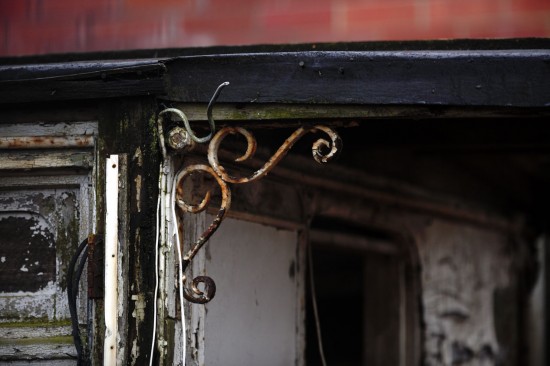 A closer look seeing some of the detail remaining on the tram body. 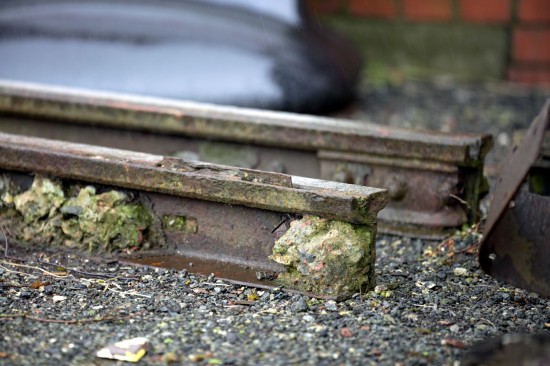 There is also still some remaining Wrexham tram rail here as well. (All Photographs by Dave Jones)