Posted on Monday 24 February 2020 by Gareth Prior

New Passenger Information Display screens are now being installed across the West Midlands Metro network as part of the continued improvements for passengers. The two new stops on the Birmingham Westside extension had these new screens installed from now and now Wednesbury Parkway, Wednesbury Great Western Street and Black Lake have also seen them fitted.

Larger than the original displays which they are replacing they can display the next three departures along with the current time and also the date. Unfortunately, they still aren’t big enough to display the full word Wolverhampton with Wolv’hampton having to be displayed. It will be interested to see what is displayed once the extension to Wolverhampton Railway Station opens with some services heading there and others to the existing terminus at St George’s. 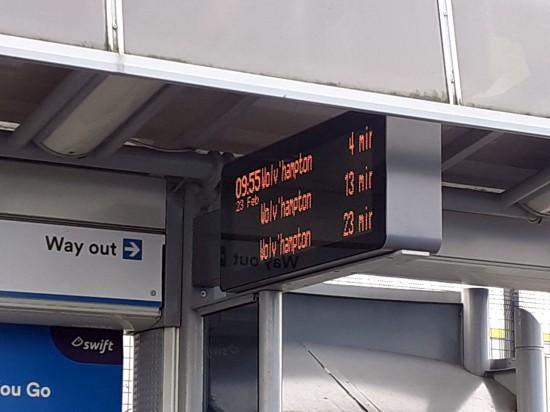 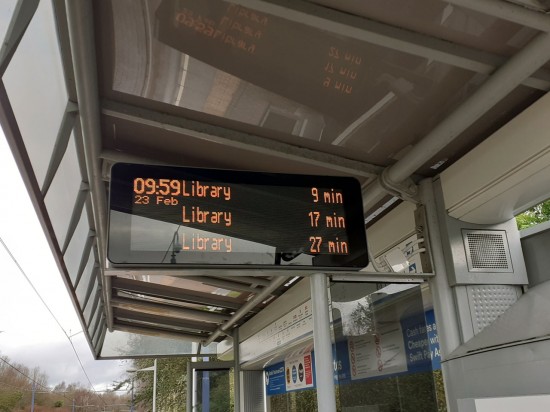 One Response to In Pictures: New Passenger Information Displays for West Midlands Metro