In Pictures: Portsdown & Horndean 5 finds use as a waiting shelter

Posted on Monday 24 February 2020 by Gareth Prior

There are many uses for an old withdrawn tram and at the Old Kiln Light Railway a former Portsdown & Horndean tram body has become part of the station building. Located at the Rural Life Centre in Tilford, Surrey the body is that of no. 5 – one of two known survivors of this former line.

We have previously seen the cosmetically restored no. 13 at the CPPTD museum in Porchester but for no. 5 its condition is very different as it is just the lower deck surviving – as is the case in so many surviving unrestored trams – with just a little bit of work having been undertaken. The tram has been painted including a green body and brown door and can be found on the platform at the Old Kiln Railway which is apparently Surrey’s only 2ft gauge industrial railway. 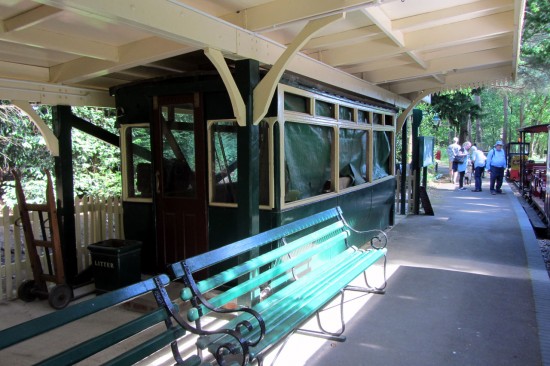 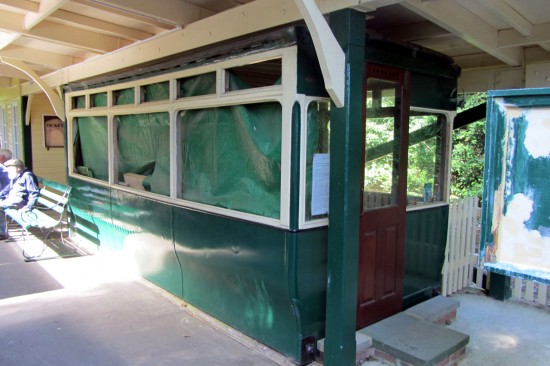