Posted on Tuesday 25 February 2020 by Gareth Prior

Whilst most of our entries in this series have been to the west of the country in today’s edition we are heading east to take a look at Grimsby Corporation Tramways Victoria Street Depot.

Still in use today as a bus depot by Stagecoach the structure on Victoria Street is actually a fairly late arrival having not been used for trams until 1927. Surprisingly, it was actually used for trolleybuses the year before trams moved in – in most cases the timeline will be the opposite way around! It was converted from a redundant seaplane hangar (which did receive reinforced concrete walls as part of the work) and would only end up being used for trams for a little over 10 years with the last leaving at the end of March 1937. But that wasn’t to be the end of its life as a transport depot as it remains used by Stagecoach today and there even remains some long disused tram track on the floor. 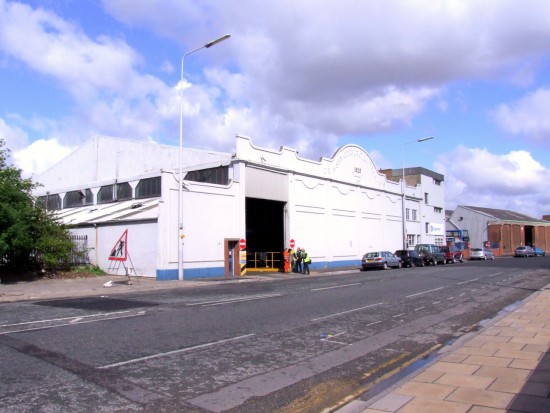 A general view of the now bus depot on Victoria Street. 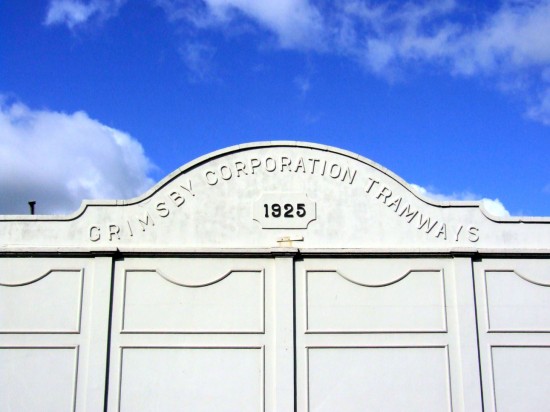 If there was any doubt of its history the large Grimsby Corporation Tramways legend here gives away who originally built the structure. Also note the 1925 plaque below, presumably although trolleybuses didn’t move in until 1926 and trams 1927 construction had started the year before. 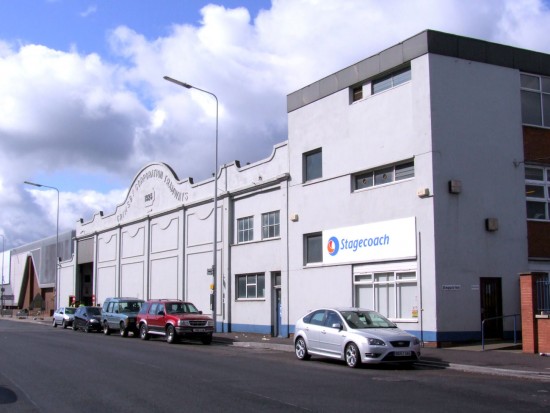 With offices added on the end of the building this view shows the original main entrance now with just one small section available for buses to leave. (Photographs x3 by Mike Haddon, 3rd May 2009) 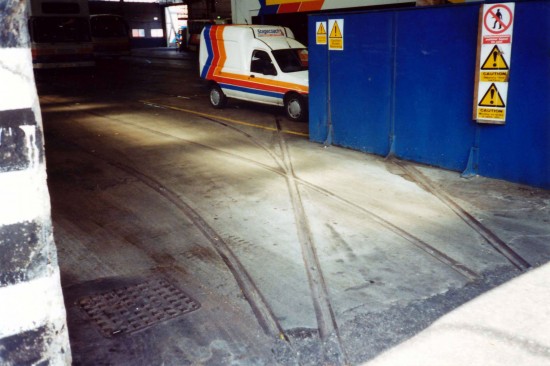