Posted on Sunday 16 February 2020 by Gareth Prior

For the next few weeks Sundays will all be about archive images from our “modern” tramway systems and we start off in Croydon for a pre-opening image of one of the trams.

This photo was taken on 26th November 1999 and shows CR4000 2542 heading westbound from East Croydon having just departed from the central platform on 26th November 1999. 2542 had been delivered to Therapia Lane Depot seven months earlier on 22nd February and when arriving was in the then standard fleet livery of Red and White. But by the time it was captured on camera it had received this very basic livery for Amey Construction (the signwriting of which can just be ascertained on the side of the tram). 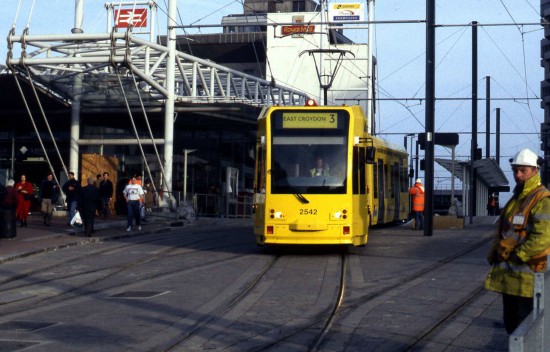