Historic Bradford Cabmen’s Shelter gets funding for restoration at Crich

Posted on Friday 31 January 2020 by Gareth Prior

The Bradford Cabmen’s Shelter which has been located at Wakebridge for over 40 years is to be fully restored to its 1877 condition after the Crich Tramway Village has received funding from three different sources. The blue and white shelter will be familiar to anyone who is a regular visitor to Crich but in recent years it has been locked out of use but its future will now be secured for generations to come.

The shelter is a very rare survivor of the Victorian era, and although similar structures are known to exist in London, only one similar to the one at Crich is known to still exist. Dating from 1877 the shelter was installed in Bradford for the benefit of taxi cabmen and their horses giving warmth, shelter and a means of refreshment. It remained in situ outside Exchange Station until 1972 – by which time it was being used by the Bradford Taxi Association – when it was removed and transported to Crich.

The restoration project will be supported by a grant from the Pilgrim Trust, the Arts Council National Lottery Project Grant (the first in the region to receive more than £15,000 from this fund) and the Association for Industrial Archaeology have also supported with a restoration grant.

The aim is that the shelter will be restored to its 1877 condition using the original architects drawings. This will see a clerestory in the roof, lockers, a compact stove with hot-plate and boiler for supplying warm water for the horses. For the first time at the museum, new technologies will be used in the restoration which will see 3D scanning utilised. This will result in a virtual tour of the shelter and a 3D printed scale model. These will be both head to Bradford in 2021 as part of two temporary exhibitions at two Bradford libraries. 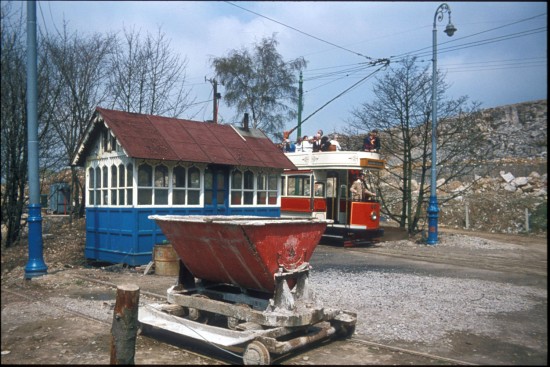 The Bradford Cabmen’s shelter is seen at Wakebridge in 1978 as Southampton 45 passes. (Photography by Winstan Bond, courtesy of Crich Tramway Village) 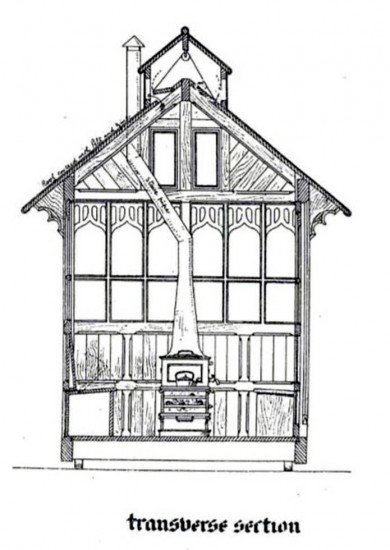