Posted on Wednesday 15 January 2020 by Gareth Prior

On Friday 10th January, power supply problems at Victoria led to service alterations on Manchester Metrolink with no trams able to access the station for a time. At the time British Trams Online contributor, Steve Hyde, was in Oldham Town Centre and the following pictorial article shows some of the short-running services as well as a few other sights around the area of trams in action. 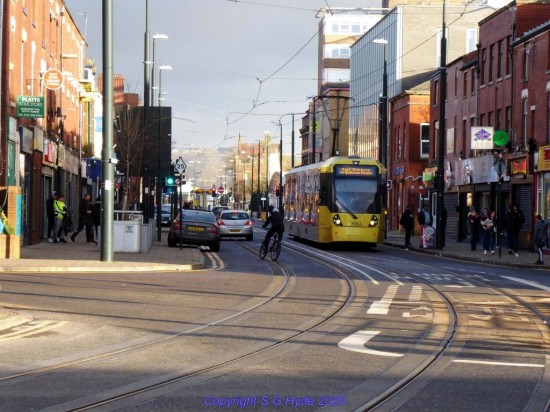 Standing at Oldham King Street stop the photographer captures 3062 approaching on Union Street with a service to East Didsbury. The badly parked car on the left is an example of something that seems fairly common in Oldham. 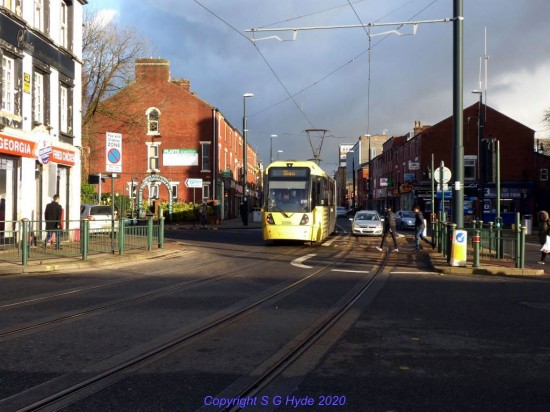 Still viewed from King Street stop we see 3086 on Union Street heading for Oldham Central with an East Didsbury to Shaw service. 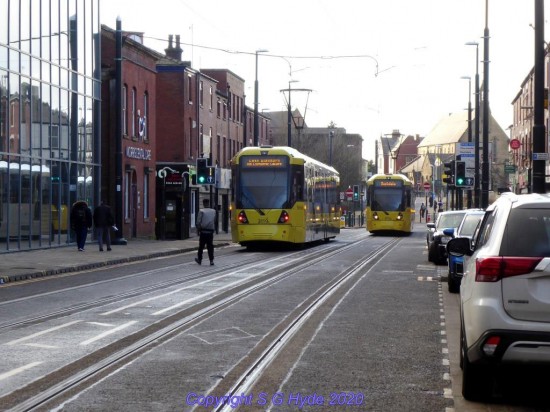 Moving along Union Street and looking back towards King Street we catch 3119 heading for East Didsbury and passing 3114 on an East Didsbury to Rochdale service. 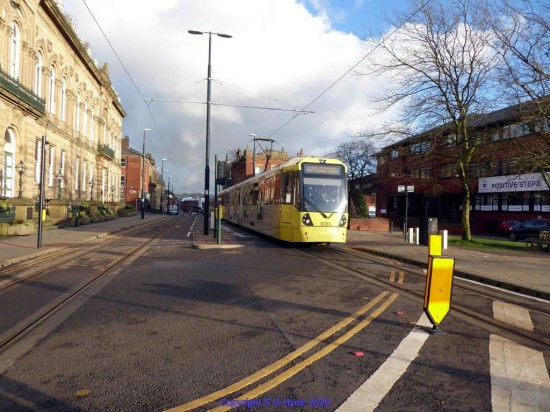 Now standing at the east end of Oldham Central stop looking towards Oldham Mumps the camera catches a 3065 coupled to 3093 approaching Central on their way to East Didsbury. The Lyceum building on the left still possesses remnants of overhead line rosettes from the first generation tramways. 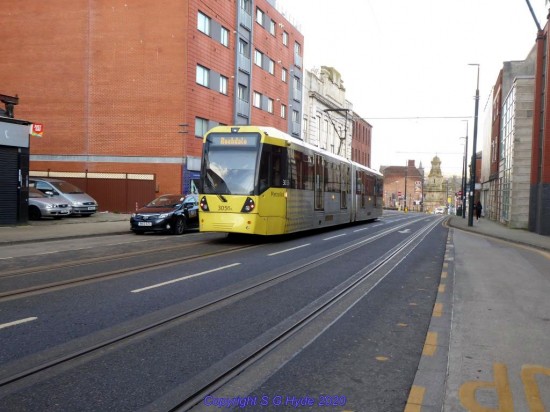 Continuing along Union Street towards Oldham Mumps 3056 passes us on an East Didsbury to Rochdale journey. 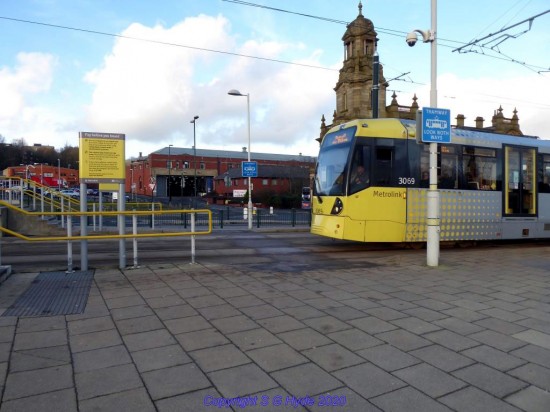 Now at Oldham Mumps with the backdrop of the First Manchester bus depot 3069 approaches the Oldham Mumps tramstop from the Rochdale direction. Its destination display reads Monsall via Oldham which had been necessitated by a power failure at Victoria preventing trams getting to Victoria. The modern 2 storey building in front of the bus depot stands on the site of Oldham’s Wallshaw Street tram depot. 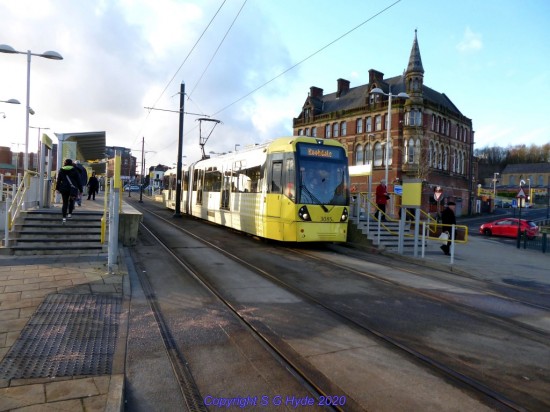 Still at Oldham Mumps 3085 waits to depart on a trip to Rochdale. This would probably have been one of the last services to pass through Victoria before the power failure. 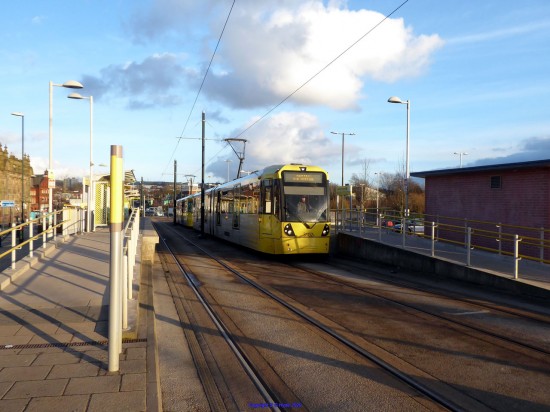 Displaying Monsall via Oldham a coupled set consisting of 3102 and 3095 arrive at Oldham Mumps from the Rochdale direction. This will terminate at Monsall and run forward to reverse at Queens Road Depot. 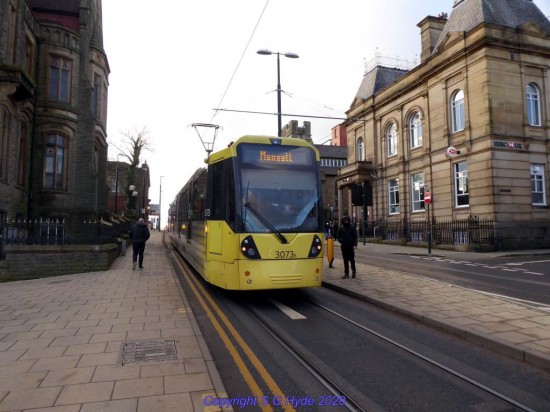 Back on Union Street we see 3073 approaching Oldham Central with yet another journey which will be terminated short at Monsall. (All Photographs by Steve Hyde, 10th January 2020)