We haven’t paid a visit to Bradley Lane on the West Midlands Metro for a while where work has been ongoing on constructing a new Park and Ride site since October 2018. Originally due to open in the summer of 2019 the project has been delayed but good progress is now being made with both the access and hard standing being put into place. The result will see a 196 space car park giving plenty of parking for travellers wishing to use the Metro to get into either Birmingham or Wolverhampton. Photos from Andy Walters. 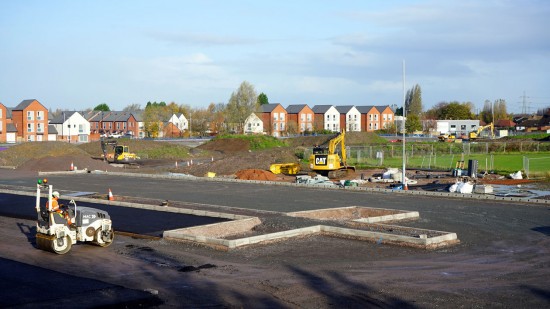 A general view of the site on 11th November with the first of the final surface being put into place and road access also seen. 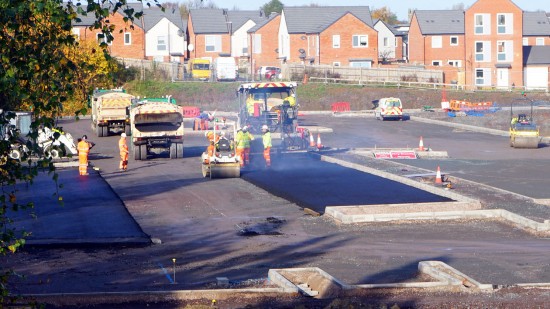 The top surface is flattened. 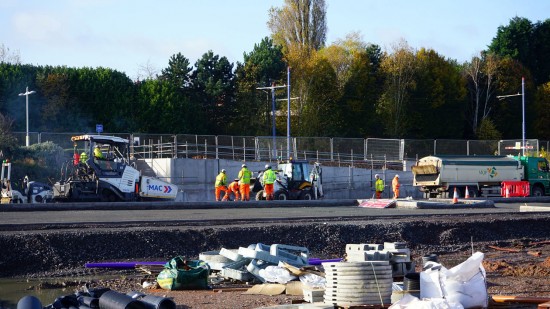 With the tram stop beyond work continues on the Park and Ride site. 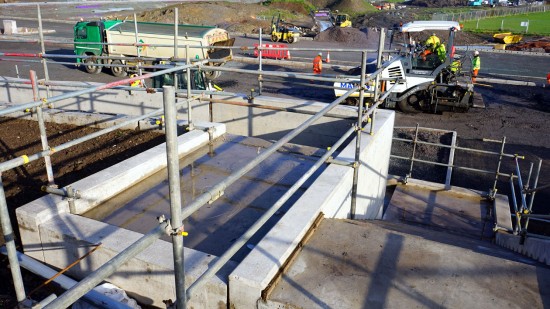 Pedestrian access between the tramstop and car park is also being put into place. 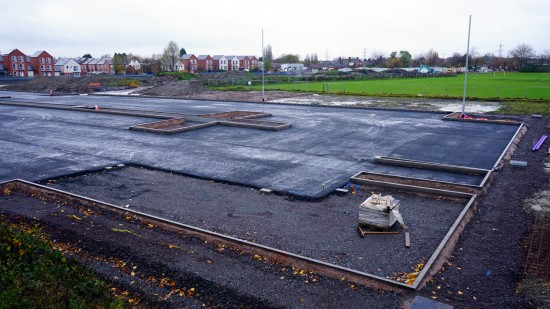 What a difference three days make! On 14th November now and the majority of the final surface is now in place. (All Photographs by Andy Walters)