One tram, rather battered, now available to a good home!

Posted on Monday 4 March 2013 by Gareth Prior

If you have ever fancied having a tram body in your back garden now could be your chance as one is to be made available to a good home due to redevelopment. The body is believed to be of a Bournemouth tram and is currently on private property in Milford-on-Sea in Hampshire where it has been ravaged by years although the interior is still largely intact.

No details of which tramcar the body is are known or even which batch of trams it comes from as there is no identification visible anywhere on the body. If it is a Bournemouth tram it is likely to have been in its current home since that system closed in 1936 which will explain why the body is in such a poor state. The solebars and body frame timbers, however, look in fairly good condition but the main “selling point” of this tram is that it has a fairly complete interior including seat covers although there is also a large amount of rubbish dumped inside.

The land on which the tram currently sits has been sold for redevelopment and the new land owner is keen to not only see the body go to a good home but also to be removed as soon as possible.

Unfortunately if this is indeed the body of a Bournemouth the chances of a serious restoration bid must be considered as fairly remote because of the large number of tram bodies from this system still thought to be in existence (many of which are in a much better condition). There is also the added issue that there is a fully intact Bournemouth tramcar about to be made homeless following the closure of the Museum of Electricity in Christchurch which would make a far more suitable bid for preservation if indeed there was anyone out there interested. However it may be that a tram enthusiast out there is looking for a new garden shed and this will fit the bill!

If anyone knows any further details about this tram body or whether they would like to take it off the hands of the landowner please contact us through the normal channels (email or comments) and we will pass it on! 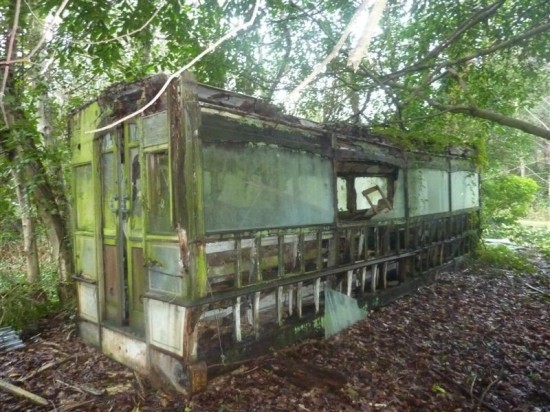 A view of the Bournemouth tram body in the middle of the woods in Milford-on-Sea. (Photo: Rob Kinchin-Smith) 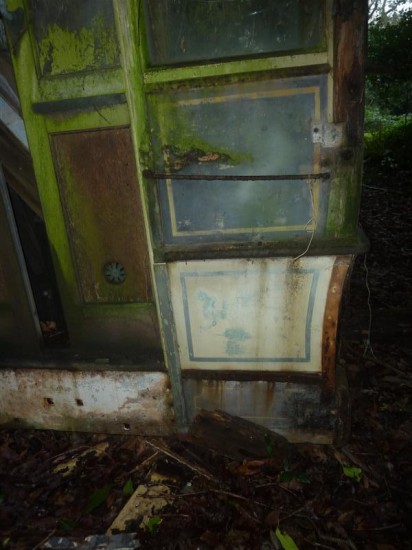 A close-up of one end of the tram body which seems to confirm that it is a Bournemouth tram judging by the livery. (Photo: Rob Kinchin-Smith) 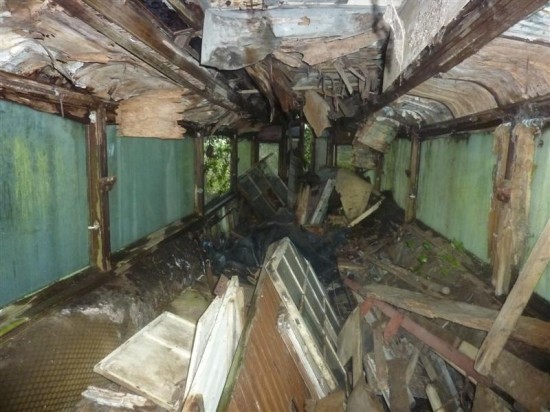 Inside the saloon of the tram showing not only lots of rubbish but also how intact it is in places. (Photo: Rob Kinchin-Smith) 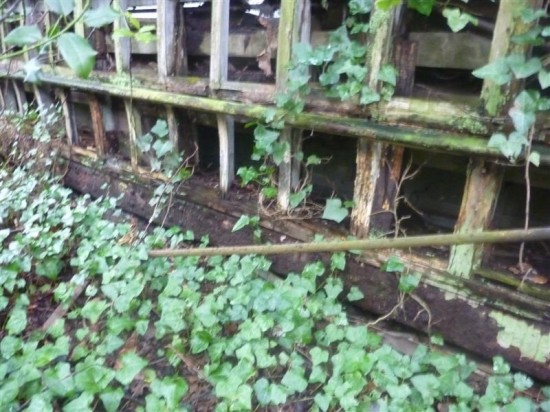 The other side of the tram shows much of the panelling now missing. (Photo: Rob Kinchin-Smith) 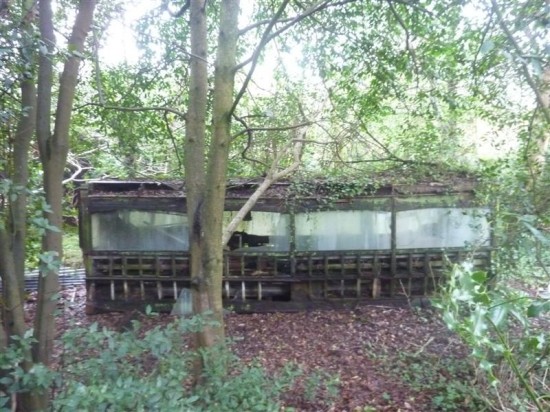 One final view of the tram body showing its position in the middle of the woods which seem to have grown rather a lot around it! (Photo: Rob Kinchin-Smith)

3 Responses to One tram, rather battered, now available to a good home!