Posted on Saturday 23 February 2013 by Gareth Prior

Last Sunday (17th February) saw an enhanced service operate on the East Manchester Line for the first Manchester City match to take place at the Etihad Stadium since the line opened. This service included double M5000s in use – their first significant use since the Olympic football took place at Old Trafford last year. The general consensus of opinion seems to be that operations seemed to work fairly well on match day with the crowds after the match being dispersed quite easily. 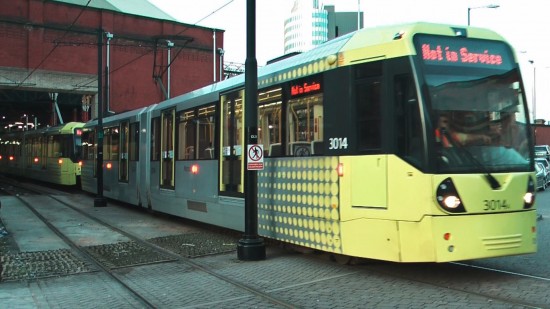 3014 leads 3019 out of Victoria out of service having been used for extras in connection with the Manchester City FA Cup match against Leeds United. (Photo:Ralph Oakes-Garnett) 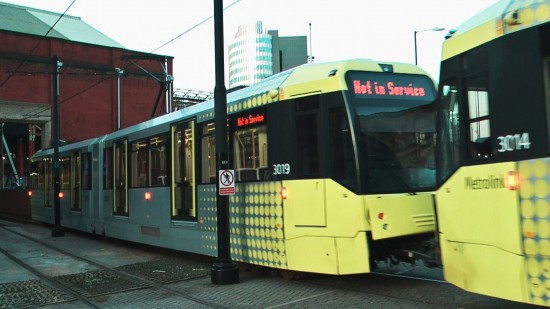