In Pictures: An out of season weekday at Crich

Posted on Wednesday 9 October 2019 by Gareth Prior

Now that the excitement of Crich 60 is out the way and we build up towards the end of season and the Starlight Event it is business as usual at the Crich Tramway Village with most days seeing either a two or three tram service, plenty for the number of visitors making the trip – mainly retired people, grandparents and young parents entertaining small children when bigger siblings may be at school. One such time was Friday 4th October when a two tram service was running featuring Leeds 345 and Blackpool 630. David Maxwell made the trip. 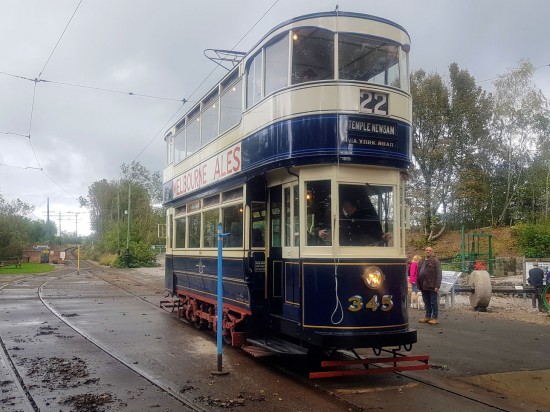 Leeds 345 in an autumnal scene at Wakebridge. 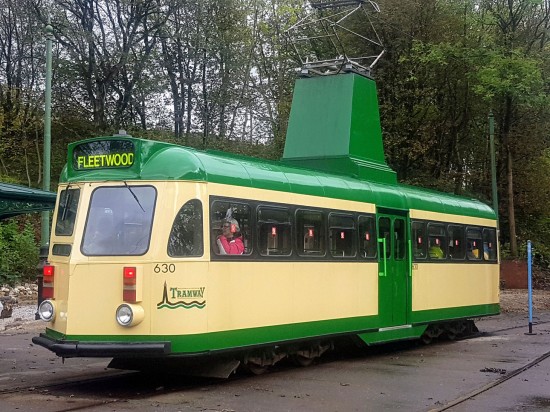 The second tram running was Blackpool 630 which is also captured at Wakebridge. 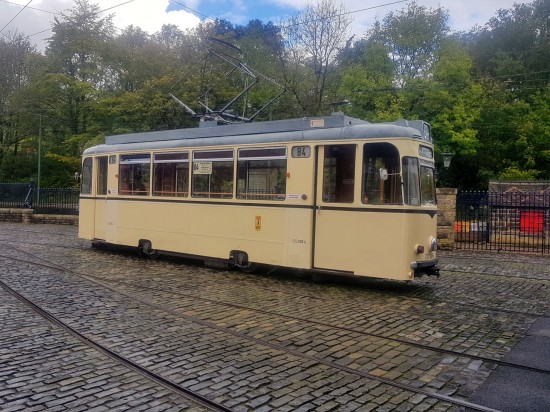 Berlin 223 006-4 on standby in the depot yard for its two advertised access tram trips. 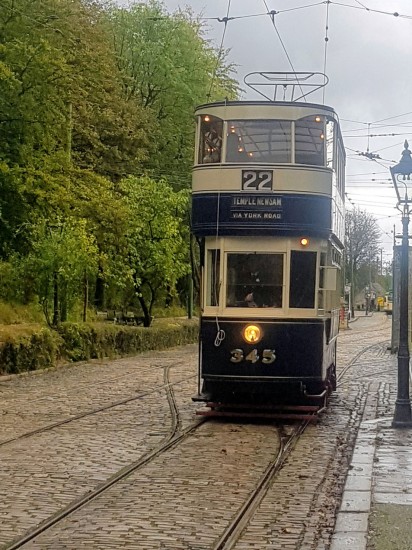 Another look at 345 passing the depot entrance. 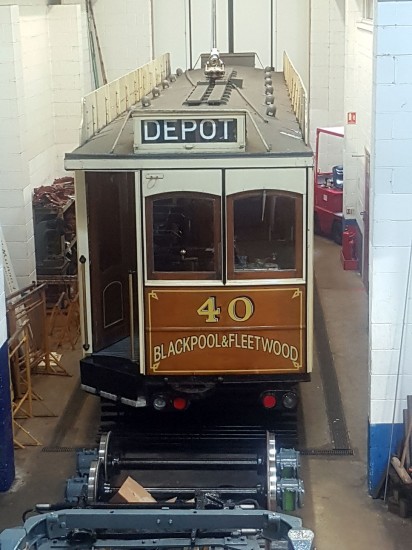 Blackpool & Fleetwood 40 was in the Workshop undergoing general maintenance. (All Photographs by David Maxwell, 4th October 2019)