Around the World in Trams: Grenoble 2023

Posted on Sunday 6 October 2019 by Gareth Prior

This week our trip overseas lands in the south eastern French city of Grenoble for a view of one of their trams.

The below photo shows no. 2023 in the Grenoble fleet as it runs along Avenue Alsace Lorraine working a route A service to Fontaine La Poya. The tramway in Grenoble opened in 1987 – the second French city to reintroduce trams after Nantes – and now consists of 22 miles (35km) of tramway operating on five routes. All trams operating on the line were built by Alstom with this being one of the earlier introduced vehicles from a batch constructed between 1989 and 1992, a Tramway Francais Standard (TFS for short) this model is no longer produced and has now replaced by the familiar Citadis. 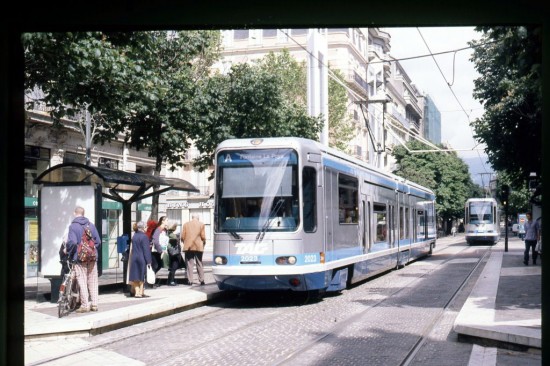