Posted on Saturday 5 October 2019 by Gareth Prior

Back to the DLR for this edition of Picture in Time and we are heading back 14 years to 2005.

The below photo was taken on 16th March 2005 and shows B90 40 with B2K 97 arriving at Westferry operating a service which no longer runs today – Bank to Canary Wharf. Both units are in differing liveries with 40 in an early version of what eventually became the current and now familiar fleet livery featuring red body, with blue “river”; the main difference to today is that the front is white as opposed to black whilst the doors are light blue. 97 retains the older mainly blue livery as it trails 40 into the station. 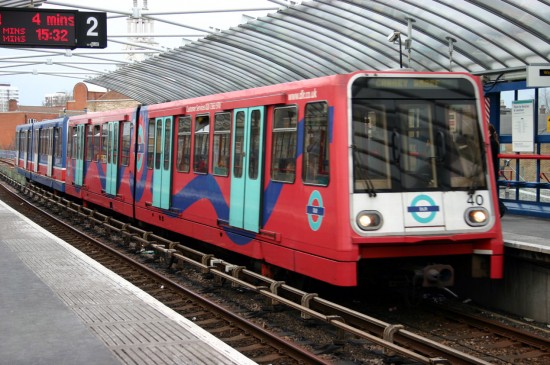