In Pictures: Box 40 back at Crich

Posted on Monday 9 September 2019 by Gareth Prior

As we reported at the weekend, Blackpool & Fleetwood 40 is now back at Crich following the conclusion of its loan periods at both Blackpool and, more recently, Beamish. Arriving back during the afternoon of Friday 6th September the tram was soon moved into the workshop for a start to be made on its commissioning. The following images captured it still in the workshop on Sunday 8th September, courtesy of Hazel Quarmby.

Although part of the national collection 40 has spent the majority of the past 50+ years elsewhere with operating spells not only at Blackpool and Beamish but also at the Heaton Park Tramway. It was last at Crich in 2014 when it operated its most miles ever at the museum whilst “on loan” (technically not but at the time it was a long-time resident in Blackpool). It will now remain at Crich for the foreseeable future where it will add some variety to the operating fleet whilst also having the advantage of being hand braked so available to a large number of volunteer drivers in Derbyshire.

The tram will be one of the stars of the Crich 60 event on 21st and 22nd September when it is expected to be available for service on both days along with all other operational trams. Full details of this event are to follow ahead of it taking place. 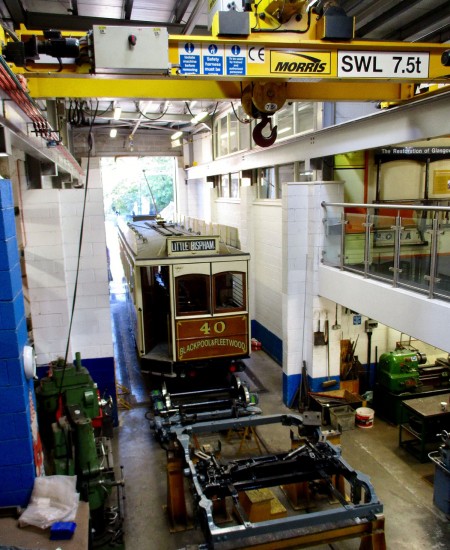 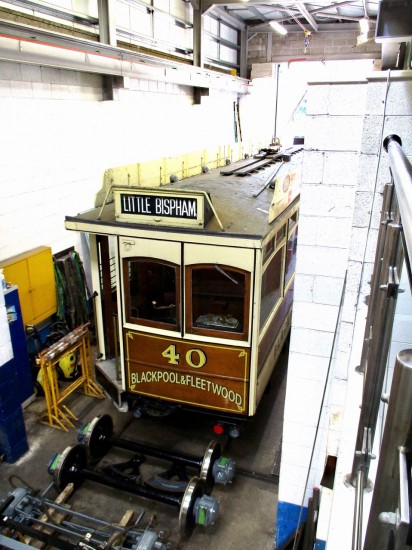 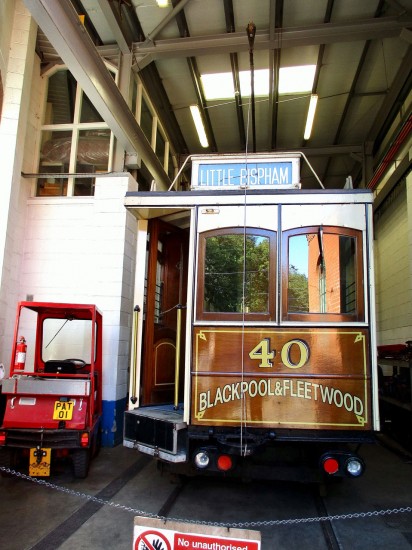 Three images showing 40 in the workshop at Crich. (All Photographs by Hazel Quarmby, 8th September 2019)