In Pictures: And still there’s more blue on the West Midlands Metro

Posted on Monday 9 September 2019 by Gareth Prior

Or what headline can you use when the same thing keeps happening! Yes, the “blue revolution” on West Midlands Metro is continuing with 24 the latest tram to receive the new livery, completed with OLA adverts – 24 is the 13th fully blue tram and the third to receive the OLA adverts.

This day saw just two magenta trams in service – 25 and 26 – with one further Urbos3 in this condition also noted in the depot yard, according to our records there are (or at least were!) four trams still in magenta which means one is missing either undergoing attention is receiving the blue vinyls as we type!

However, you look at it the days of the magenta tram are definitely coming to an end! 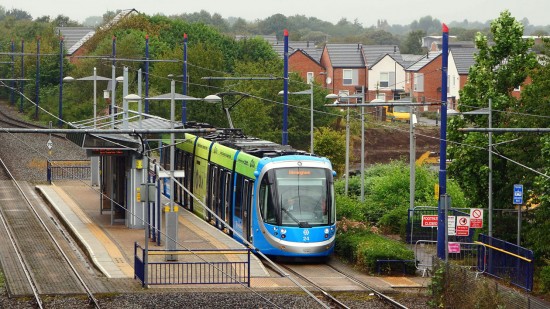 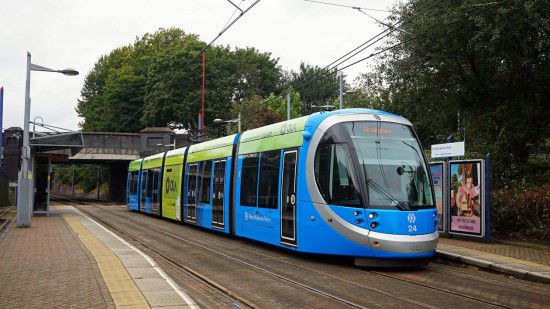 Soho Benson Road and another look at 24 complete with OLA adverts. 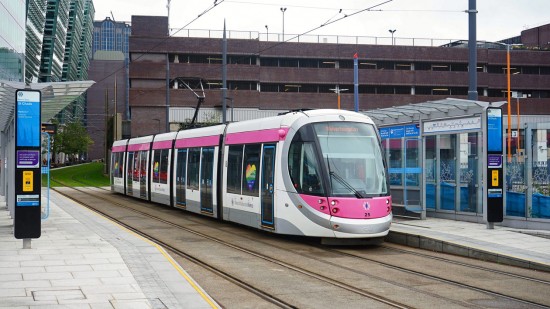 Make the most of this tram as it’s a magenta liveried Urbos3! 25 at St Chad’s. (All Photographs by Andy Walters, 9th September 2019)