Signs that the spring is almost here are certainly not in short supply at Crich Tramway Village, where the process of preparing the operational tram fleet for service is now well underway. Saturday 9th February was a particularly noteworthy day, as for the first time this year, trams ran along the main line, ahead of their public debut which is expected on February 16th.

The honour of the first tram to run along the Crich tramway in 2013, went to Cardiff water car 131 which was wisely used to clean the rails, which had been largely unused for the last three months. Then, later the same day, it was time for the passenger cars to emerge, with both Leeds 345 and Glasgow 812 appearing on test runs. Other trams to be in various stages of being commissioned include fellow Leeds cars 180 and 399, and Glasgow 22, which is currently having its floors repainted. The next tram to be admitted to the workshop to have its motors dried out following the winter hibernation should add some variety to the running fleet which is therefore made up of Leeds and Glasgow cars thus far, along with the wheelchair accessible tram, Berlin 3006.

It is perhaps a little surprising that Blackpool 630 has not yet been selected for commissioning; as the modernised Brush Railcoach is fitted with saloon heaters it would surely be a popular winter car with crews and visitors alike. Another surprise is that both Glasgow ‘Standards’ are amongst the first trams to pass through the workshop this year. 22 is now well overdue for its scheduled 8-year lift, as trams at Crich are normally lifted for overhaul roughly every 8 years. Perhaps its reappearance this year is an indication that this maintenance policy may not be as strictly adhered to in the future, maybe giving withdrawn cars such as Oporto 273 and Liverpool 869 to be returned to service instead? 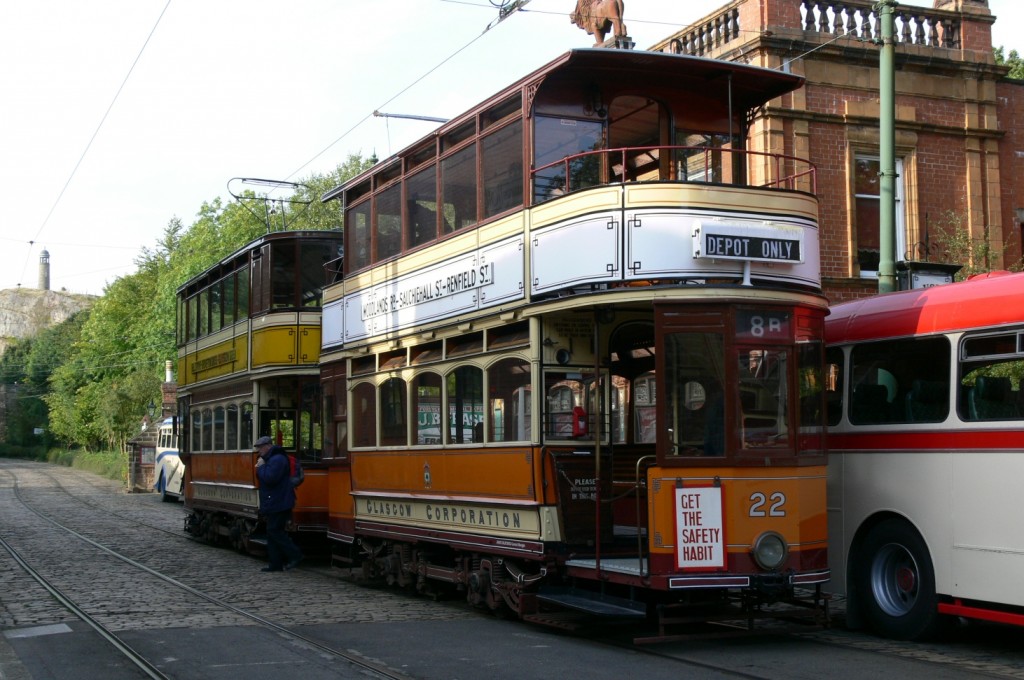 Two of the first trams at Crich to undergo commissioning work despite some speculation that one or both may not run this year - Glasgow 22 and 812 are seen outside the Red Lion pub last September. (Photo by Andrew Waddington)