Posted on Wednesday 21 August 2019 by Gareth Prior

There are now nine trams in the full blue livery on West Midlands Metro with 20 the latest to have received the vinyls, debuting its new look on Monday 19th August. 20 had only returned to service for the first time with batteries on 14th August and this turned out to be the only day that it ran in passenger service with batteries and the magenta and silver livery as soon after it was taken into the workshops for the vinyls to be applied.

With 20 having received the full new style livery there are now no obvious candidates to receive it in the near future. So far only battery fitted trams have gone blue and of these 17, 23, 28, 29, 30, 31, 35 and 37 are in the full livery with 18, 19, 21 and 36 in advert/commemorative liveries. Either one of these latter quartet will lose their adverts or there will be a pause in the re-vinyling unless they decide to start on the non-battery fitted trams. 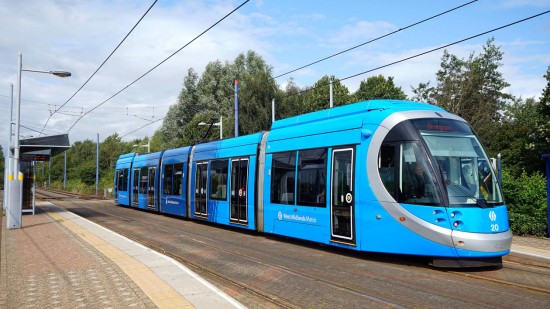 20’s first day in blue is captured on camera here. 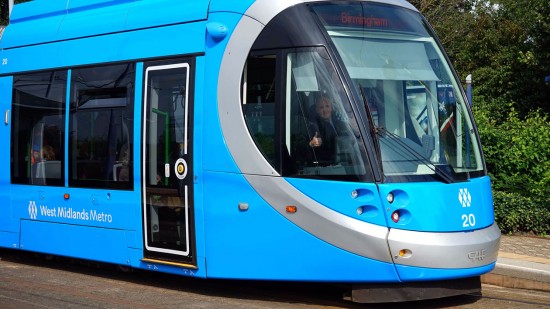 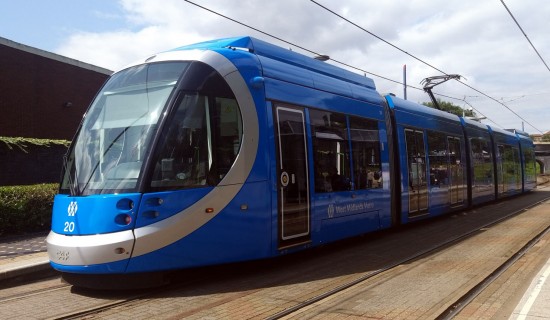 Another look at 20 looking resplendent in blue. (Photograph by Mark Cufflin, 20th August 2019)