Again this week are in Nottingham for a look at a tram operating on the Nottingham Express Transit system.

The tram featured this week is 204. This is a Bombardier Incentro and was assembled at Bombardier’s Derby Works – the last class of tram to be built in the UK. Having been delivered the short distance to Nottingham’s new Wilkinson Street Depot 204 went through the usual commissioning and testing process before entering service at the start of operations on the new tramway on 9th March 2004.

This photo was taken on day two of operations – 10th March 2004 – and shows 204 sitting at Old Market Square running through to Phoenix Park. With it being just the second day of the service the tram is still very much something new for locals as can be seen with the large number of people waiting to board. 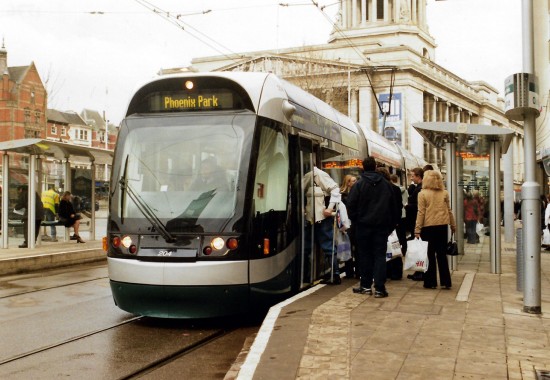