It may have only been closed to traffic for a few weeks but the Midland Metro Alliance’s latest update has revealed that work at the Five Ways underpass is well underway with the central reservation completed demolished and a large proportion of the road surface also removed.

The underpass was closed to all traffic from the start of June to allow for the start of the West Midlands Metro construction works with the second phase of the Birmingham Westside extension set to travel through this area on its way to Hagley Road in Edgbaston.

The road surface is being gradually removed in preparation for the installation of firstly the track based and then the rails for the trams to run on when services are due to commence on this section in 2021.

Paul Brown, Construction Director at the Midland Metro Alliance, said: “It is great to see so much progress being made on works for the Five Ways underpass. I am extremely proud of the construction team who have worked really hard to achieve this. The westside extension will bring fantastic benefits to the city, unlocking further investment and jobs and better connecting people to other areas of the West Midlands.”

The first phase of the Westside extension from Grand Central to Centenary Square is due to open in late 2019 and work on this is continuing at a good pace as the below photos show. 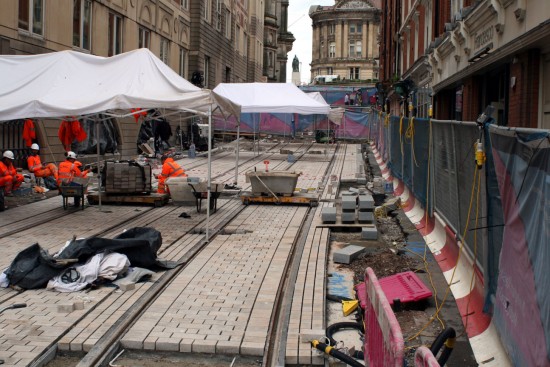 Pinfold Street with track in place and block paving being laid between the track. 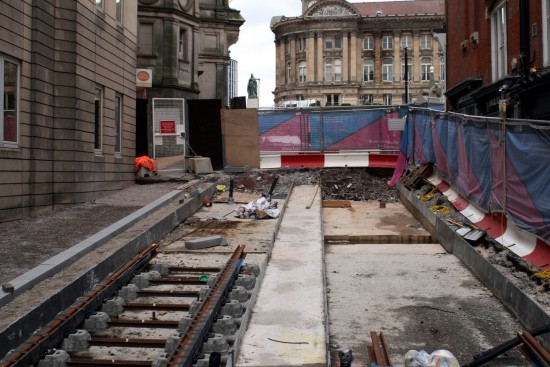 Further along Pinfold Street and the tracklaying comes to an end for now. 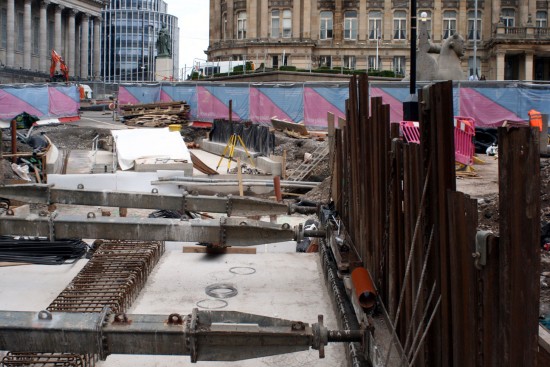 Into Victoria Square where preparations of the new track based are in progress. 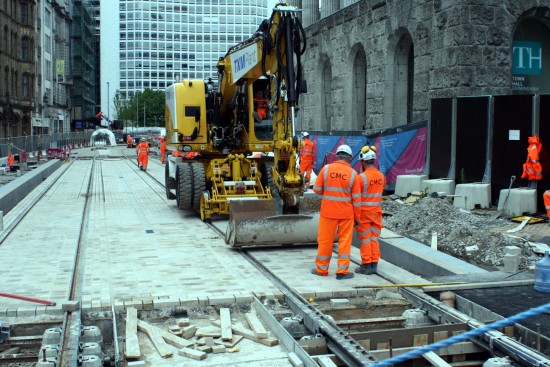 Outside Birmingham Town Hall in Victoria Square with on track plant being used in the track laying process. (All Photographs by Martin Miller, 19th June 2019)