In Pictures: Unusual moves at Beamish

Track maintenance at Beamish on Monday 17th June meant that the tram service was unable to operate the complete circuit of the museum with trams only running between Foulbridge/Home Farm and the Town via Pockerley (the section between Foulbridge and the Town was out of action). This led to the more unusual sight at Beamish of the trolley having to be turned by the crews at both ends of the curtailed route. Two trams were in service with Blackpool 31 and Sheffield 264 in action.

Meanwhile, Oporto 65 has recently been lifted to allow its truck to be temporarily removed as part of the process to prepare the tram for commissioning. It is planned that the truck will be surveyed before it is turned (last time it was put back under the tram it was done so the wrong way round!) and then put back under the tram. No timescale for a return for 65 but it is planned to recommission it to ascertain exactly how much work will be required on its overhaul.

And in other news although not directly linked to the trams – although a project which will give more space in the tram shed – progress on the bus depot continues to progress with brickwork now being installed. 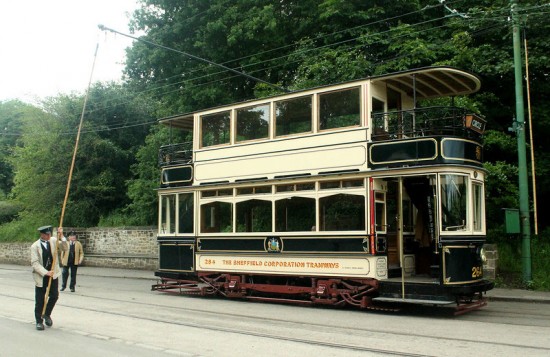 Trolley turning at Beamish. Sheffield 264 at Foulbridge with the trolley being turned for its return to the Town the long way round. 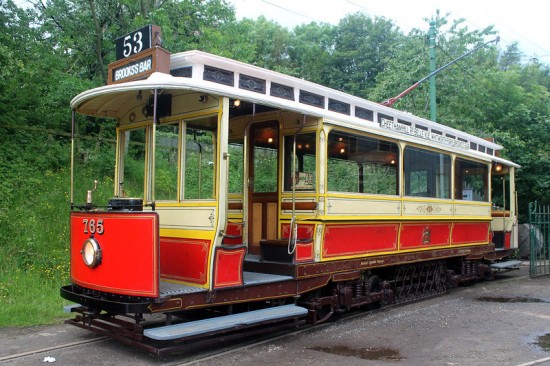 Into the final weeks of its loan spell Manchester 765 is seen outside the depot. 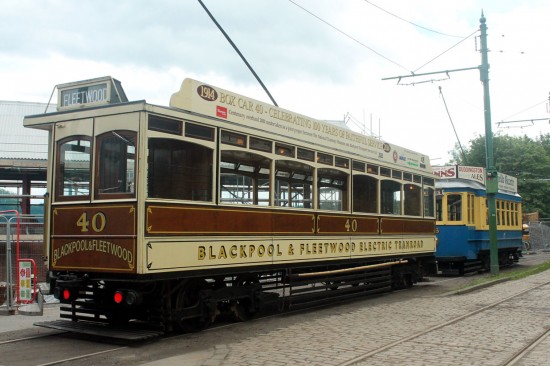 Blackpool & Fleetwood Box 40 will be hanging around for a bit longer and is also seen outside the depot where it has Oporto 196 for company. On the left is the new bus depot with the brickwork in evidence. 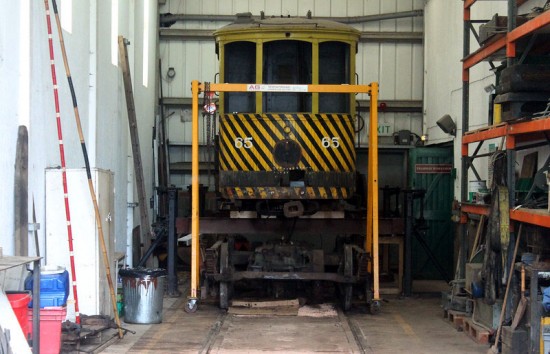 The floating tram! At the rear of road 1 Oporto 65 has been lifted from its truck. (All Photographs by Trevor Hall, 17th June 2019)