In Pictures: Railgrinding in Blackpool

Posted on Thursday 2 May 2019 by Gareth Prior

For three weeks during late April and early May track maintenance in Blackpool is seeing a partial service suspension in the evenings north of Bispham. As part of this work a railgrinder has been hired to grind the tracks – a far cry from the days when Blackpool would have their own dedicated rail grinder for such work, and showing how things have changed in the tram world in more recent times.

From Monday 29th April until Friday 17th May the last full length tram from Starr Gate will be at 2000 with a replacement bus service starting operation between Bispham and Fleetwood Ferry commencing from 2044. In the opposite direction the last tram from Fleetwood will be at 2103 with the bus replacement starting from 2126. This will only happen Monday to Saturday with a normal service remaining in place on Sundays. 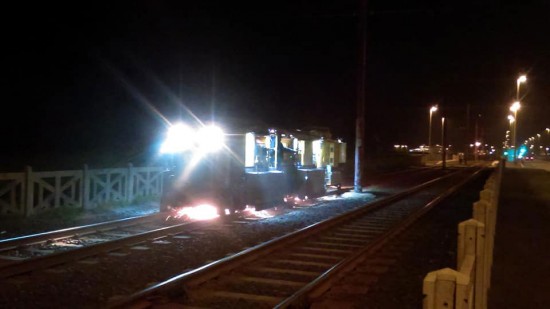 On the evening of Tuesday 30th April grinding work was taking place around Norbreck with the hired in vehicle seen here in action. 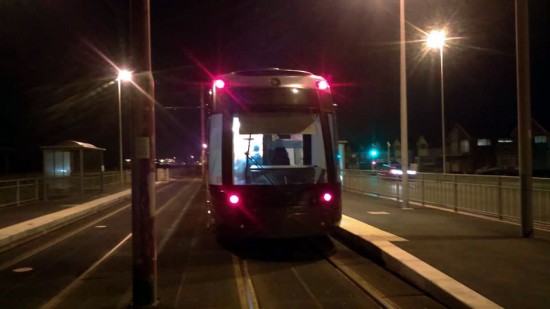 Flexity2 012 is seen here at Norbreck North where it would terminate after running wrong line from Bispham. (Both Photographs by Andrew Wade, 30th April 2019)