Posted on Monday 1 April 2019 by Gareth Prior

Having been running in standard fleet livery since the start of March, Edinburgh Trams 274 has become the latest tram to receive an advertising livery for Parabola – a company involved in development around Edinburgh including at Edinburgh Park. The vinyls on this tram are identical to those carried on 276 which was the last tram to get new adverts. Roy Calderwood captured these images. 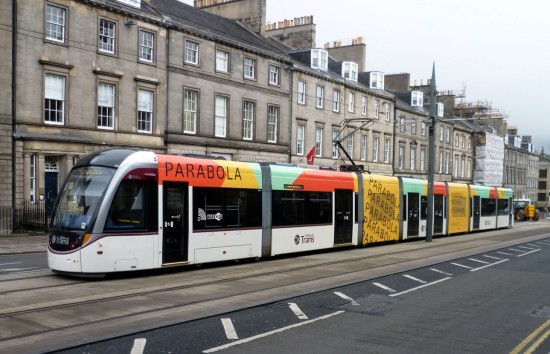 274 at a standstill on the approach to York Place as it waits for the platform to be cleared by another tram. With a big rugby match taking place at Murrayfield extra trams were in service. 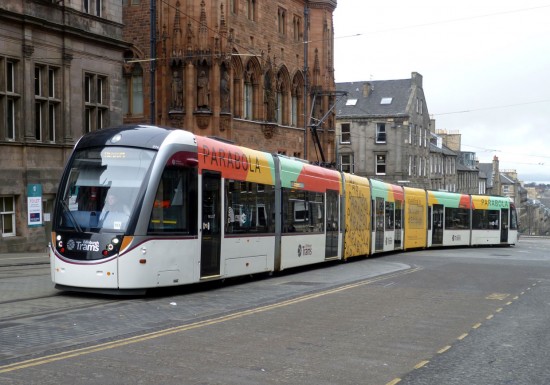 Another look at 274 and its advert for Parabola. The tram is heading to the Airport and is seen on North St Andrew Street passing the Scottish National Portrait Gallery. (Both Photographs by Roy Calderwood, 30th March 2019)