Around the World in Trams: Budapest 4140

Posted on Sunday 24 February 2019 by Gareth Prior

From some of the newest trams in Budapest last week to some of the oldest as we feature an image of a Tatra (or more precise three Tatras)!

There are around 310 Tatra T5C5 trams in the fleet in Budapest – that’s around about half of the entire tram fleet! – and they were delivered to the city between 1978 and 1984. All are single ended but with doors on both sides and they usually run either as coupled pairs or threes. 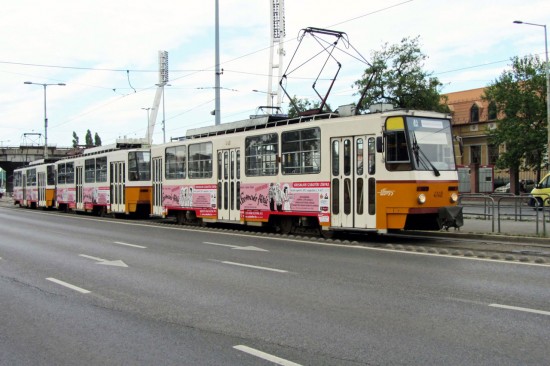