We first reported back in mid-January that Manchester Metrolink 3072 had received a new vinyl wrap advert for Total Jobs but hadn’t actually illustrated the new look – until now that is! The advert has a different design on each half of the tram with one end seeing a white base with the other a flowery background. Dave Elison captured the following photos. 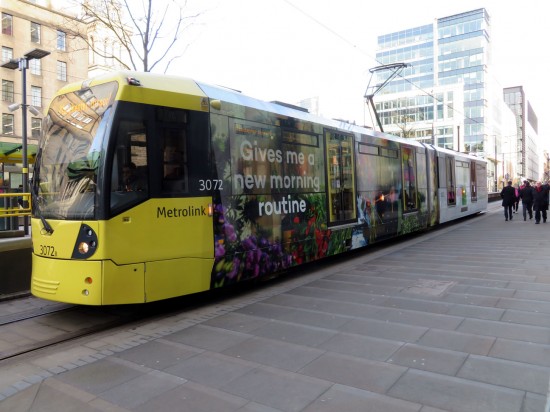 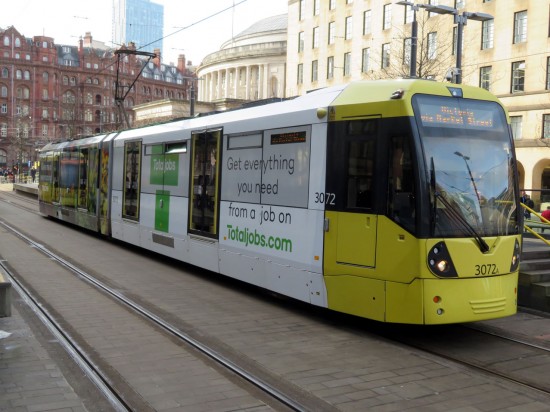 And the other plainer end of the design as the tram departs St Peter’s Square for Victoria. (Both Photographs by Dave Elison, 21st February 2019)