Local dignitaries have recently been offering their support to the Fleetwood Heritage Leisure Trust’s initiatives to develop a tramway heritage centre in the town of Fleetwood. On November 16th, two local Politicians were shown around the planned site of the proposed museum, whilst a well-known transport author has also offered support to the project recently.

The former tram shed at Copse Road in Fleetwood played host to a visit by Councillor Alan Marsh, the Chairman of Fleetwood Town Council, and Eric Ollerenshaw, MP for Lancaster and Fleetwood. Both men have voiced their support for the Trust’s plans to transform the building into a visitor attraction which would house several of their preserved trams, most of which are currently in open storage. FHLT is now seeking grant funding from Wyre Council to enable the refurbishment of Copse Road depot to progress.

Further support has come from Steve Palmer, who is well known for his many books on the history of Blackpool’s trams. Mr Palmer has also visited Copse Road recently and made a generous contribution to one of FHLT’s various appeals. In January, Steve will hold a special tour of the system using Fleetwood ‘Box’ car 40 and a traditional lunch at the North Euston Hotel, and representatives of the Trust will be on hand to promote their activities and answer questions from the guests in attendance.

It is to be hoped that the Trust’s attempts to secure funding will be succesful, as the majority of its trams are rather exposed to the elements. Their only complete tramcar to be housed undercover is Blackpool Brush Railcoach 621, although illuminated Brush car 290 (alias 627) is likely to rejoin it at Kirkham Prison shortly. The remainder of the collection have thankfully been sheeted over, with new sheeting fitted during November ahead of the harsh winter weather. This unfortunately did not include Jubilee car 761 which has been left exposed to the coastal climate, despite being known to suffer from body leaks, so hopefully this tram will also receive this attention before too long. It is sad that these trams have now spent about a year stored outside, with Balloon car 710 having sat in a yard on the outskirts of Fleetwood since July 2011, and without the right kind of support the long-term future of these trams will undoubtedly be in doubt, making Wyre Council’s decision on whether to approve the request for funding a hugely important one. 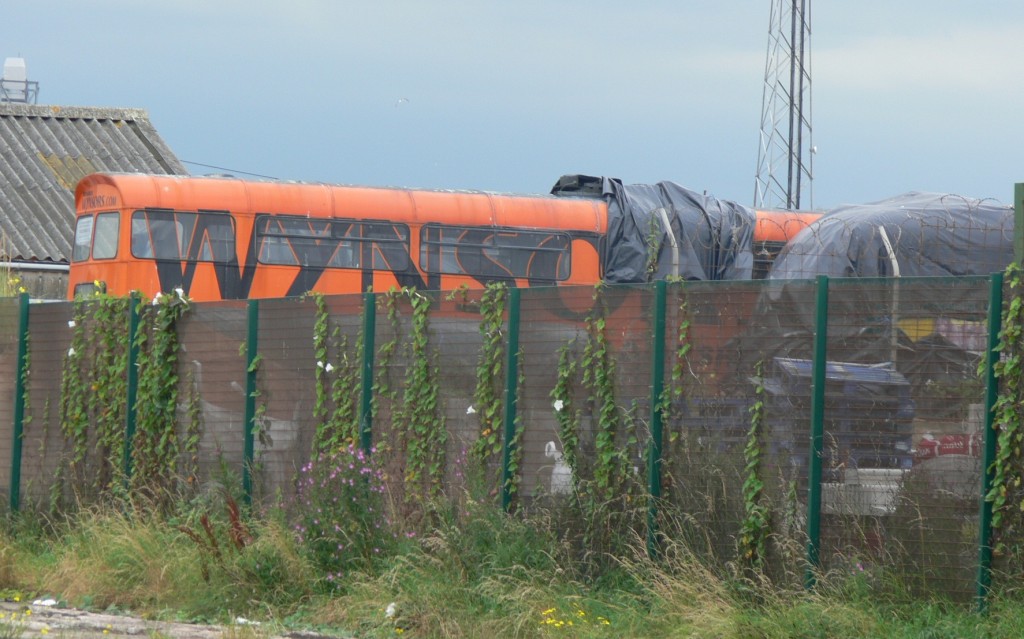 A sad sight with Jubilee 761 and Balloon 710 (the latter covered over) in an industrial yard near the Fleetwood tramroad. One day both trams will hopefully take their place as museum exhibits, but right now they must endure another winter of cold storage. (Photo by Andrew Waddington)