Former Aberdeen tram grounded – what future does it have?

Posted on Wednesday 12 December 2018 by Gareth Prior

We have previously featured the former Aberdeen Suburban Tramways no. 11 – which has been converted to a carriage for use on the Alford Valley Railway – on these pages but the ex-tram has been grounded since earlier this year after the railway was closed due to concerns over the state of the track. This has thrown into doubt the future of the 1914 built vehicle which remains on the railway (which is a private company).

The tram was built as a double decker by UEC in 1914 and was withdrawn from service in the early 1920s. Like so many other redundant trams it was to find further use as a summerhouse before being discovered in the 1980s eventually being purchased by the Alford Valley Railway who restored for use as hauled stock on the line.

The railway itself was a 2 foot narrow gauge railway but was officially closed on 1 April 2018 due to concerns over the condition of the track. Initially the railway stated they intended to undertake the repairs but updates since the start of April from the railway have been practically non-existent presumably as the funds were not in place to complete the works.

A local councillor – Cllr Robbie Withey – has, however, given an update where he states he has had recent conversations with the railway with discussions have started about setting up a charitable trust to take over operation of the line which would also have the benefit of opening up fresh funding streams.

Hopefully these discussions can have some effect and no. 11 may once again be in use on the line and its future will remain secure. It may not be that recognisable as a tram anymore but that is exactly what it once was and its continued operation keeps the history of Aberdeen’s trams alive. 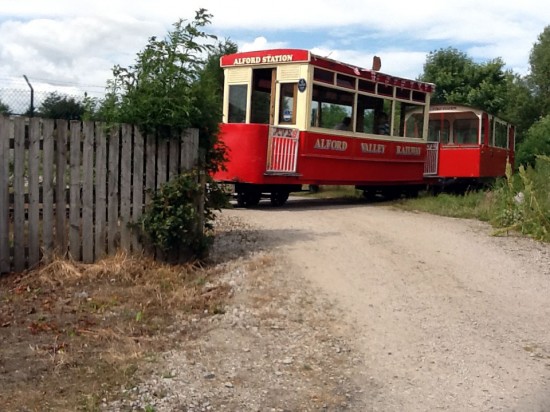 In happier times the former no.11 is seen on 18th July 2013. (Photograph by William Brown)