Posted on Wednesday 12 December 2018 by Gareth Prior

The oldest of the Balloon Cars to be an official member of the heritage tram fleet (700 doesn’t count as it is a B fleet Balloon which just happens to be more or less solely used as a heritage tram!) is 701. Carrying an attractive Red and White livery – as originally applied in the 1990s – it is certainly a tram which stands out from the crowd whenever it used. 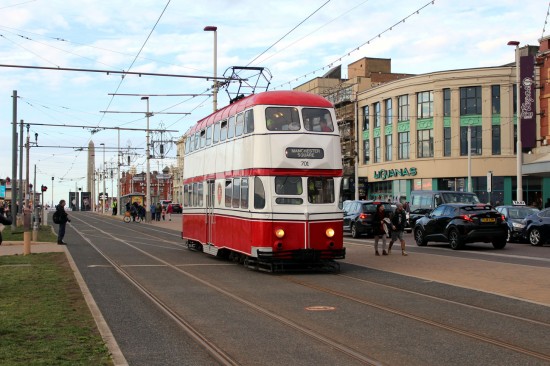 The date is 22nd September and this photo shows 701 at North Pier/Tower about to return to depot. With a temporary stop provided at Manchester Square for the Spectacular passengers remain on board for a short journey yet. 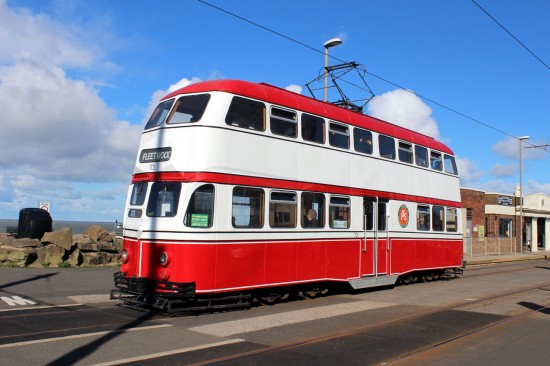 The following day – 23rd September – and 701 was in use again, this time utilised on the Starr Gate to Fleetwood circuit. This is the tram standing at Bispham heading north. (Both Photographs by Gareth Prior)

This entry was posted in Blackpool Tramway, September 2018 Review. Bookmark the permalink.