Normal service was finally resumed on West Midlands Metro shortly after 1800 on Tuesday 10th July following the completion of repairs to the overhead just to the north of Winson Green Outer Circle stop. As we reported yesterday a fault was discovered with the overhead around lunchtime with services then disrupted as the problems was first investigated before repairs were undertaken.

The fault is understood to be have been on a gas tensioner – the same problem as last week’s problem but in a different location – and is just to the north of the stop at Winson Green Outer Circle. These are filled with nitrogen oxide and have two seals but in this case both failed leading to both the main wire and tension wires breaking. There was also a similar problem at the same location – but on the opposite track – last year.

Repairs commenced around 1115 on Tuesday 10th July which led to a revised service running between Grand Central and Jewellery Quarter and then from Handsworth Booth Street to Wolverhampton St George’s roughly every 10-12 minutes. No service was running at all between Jewellery Quarter and Handsworth Booth Street with passengers advised they could use bus service 74 or West Midlands Railways services instead. Until 1000 a service had been offered to all stops but with passengers having to change between trams at Jewellery Quarter.

Both West Midlands Metro and Network Rail staff were on hand to repair the damage and shortly before the evening rush hour a test tram was sent along the track. However, this didn’t initially lead to a resumption in service with further work presumably required. A full service was announced on the West Midlands Metro Twitter around 1815 albeit with delays.

Hopefully with the repairs now complete we won’t be reporting on any more overhead problems on the line for quite some time! 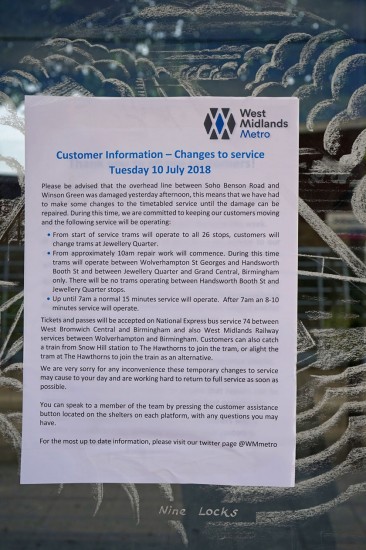 Posted at all stops a notice to inform passengers of what was going on. There were also Metro staff at certain stops providing advice. 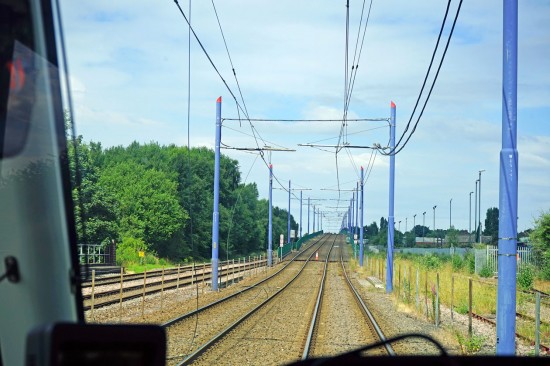 The problem area with the overhead hanging down towards the track. 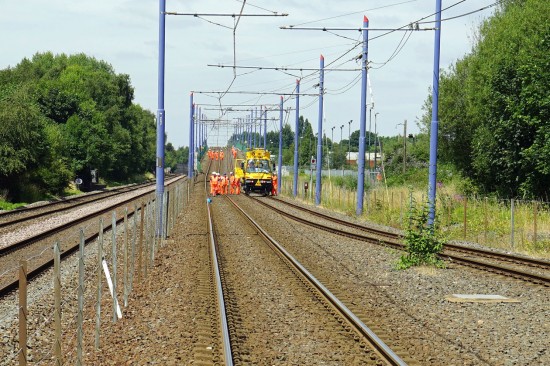 Seen in the distance is a Network Rail vehicle to be used to reach the overhead and plenty of the orange army to assist with repairs. 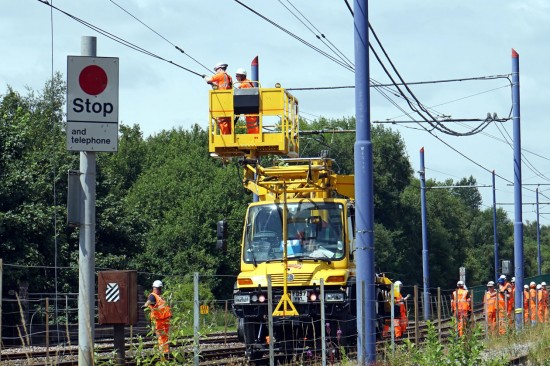 Repairs being made to the overhead. 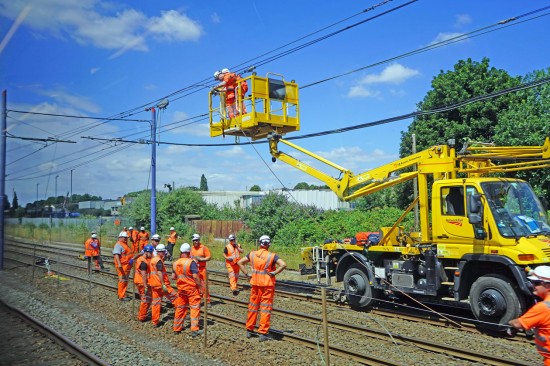 Taken from a passing train the repairs continue. (All Photographs by Andy Walters, 10th July 2018)

1 Response to Repairs completed as normal service is resumed