Posted on Friday 6 July 2018 by Gareth Prior

West Midlands Metro now has two battery fitted trams in its main operational fleet with 31 re-entering revenue earning service on Thursday 5th July – a day which saw a full service resume although there were still speed restrictions following the repair of the overhead line damage overnight.

31 is the second of the current 21 strong class to run in service with the batteries fitted following on from 18 which has been in service intermittingly since 20th April. It is the first to have undergone the installation at Wednesbury Depot with 18 having been treated back in Spain by CAF. A third tram – 36 – is also now with batteries and is undergoing overnight testing before it too will enter service. The rest of the class will also receive batteries but its unknown at the matter if a fourth is currently under attention.

31 was used in service for the first time on Thursday 5th July but unlike 18 is not plastered in vinyls to let everyone know it is fitted with batteries although you only have to look to the roof to see that it is! You would have thought that if any tram would have received the new brand of West Midlands Metro it would have been this as it had been out of service but it retains the Magenta and Silver colours so the wait continues for the new blue livery! 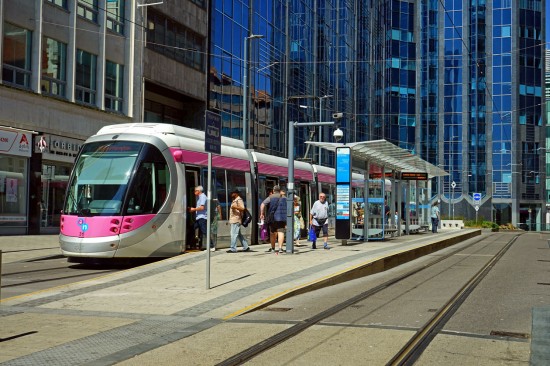 31 pauses at Bull Street on its first day back in use. 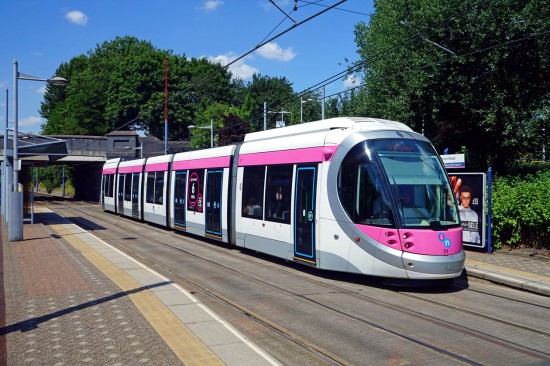 With pantograph down 31 is seen at Soho Benson Road working under battery power. 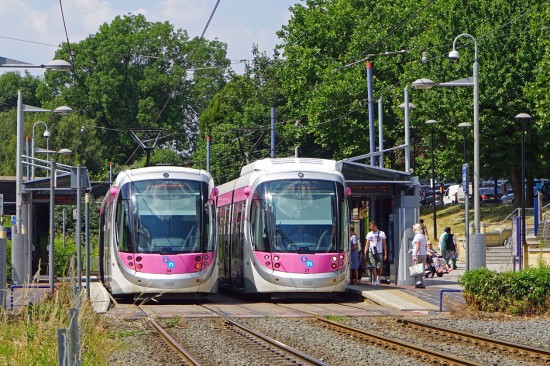 31 alongside 34 showing the difference in the roof arrangement for those trams with batteries. 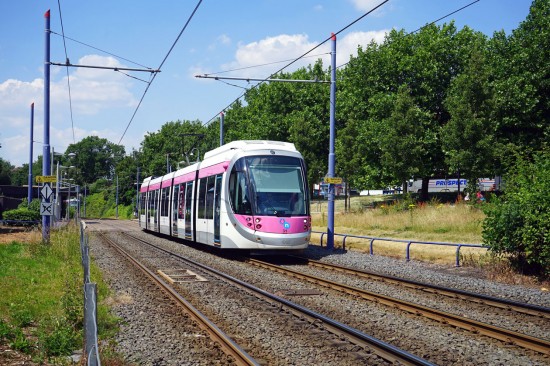 One final view of 31 on its first day in service. (All Photographs by Andy Walters, 5th July 2018)