Today we go back to before Croydon Tramlink started to operate public services with a photo taken during the testing and commissioning period.

This image was captured on 18th August 1999 and shows 2548 crossing the flyover across the West Croydon to Sutton railway line with a driver training run. The tram is on the way to Therapia Lane. This is a view which can’t be taken today as the footbridge from which it was taken has now been moved. As for 2548 it was delivered to Croydon on 12th April 1999. 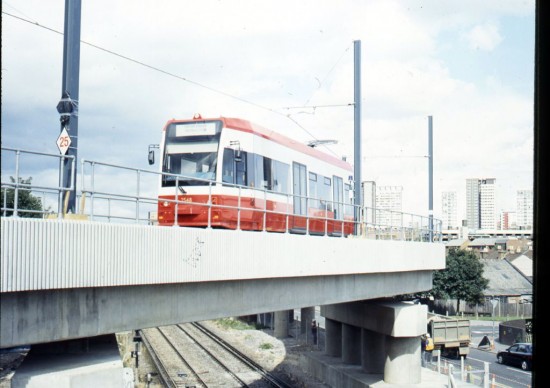