Staying in the early 1990s Picture in Time continues with this photo taken at Bispham.

In this photo we see two trams both heading south. At the head is Balloon 719 which is wearing the standard Green and Cream livery along with a T side advert for Twix. The tram is operating a service through to Pleasure Beach and has just departed from the stop with its place being taken by Centenary 644 which is running through to Starr Gate. At this time 644 was in an all over advert for Bispham & Cleveleys Kitchens – a sponsor who would remain with this tram through until 2002 and would only stop advertising here when 644 entered the workshops for overhaul. 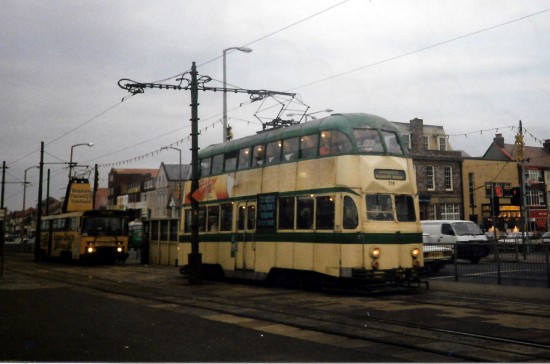