In Pictures: A normal day at Beamish

A tramway which hasn’t been featured much recently on British Trams Online is that which transports visitors around Beamish: The Living Museum of the North. Since Blackpool Standard 147 returned to the northwest the tramway has relied on the home based fleet to operate the service and on Wednesday 16th May three trams were in use: Newcastle 114, Oporto 196 and Sheffield 264. This pictorial shows two of these trams captured on the camera of Alasdair McFarlane. 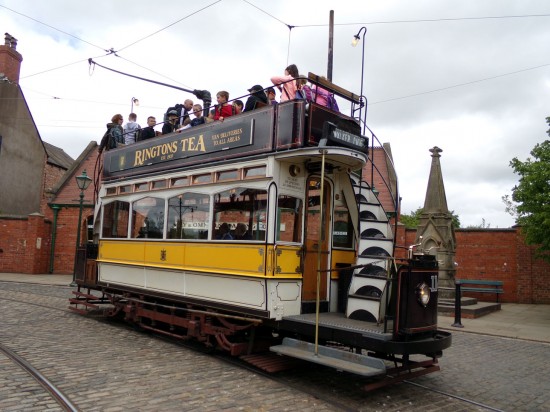 It may have been midweek in term time but as seen in this photo there were a number of school parties visiting Beamish. This group is enjoying a ride on the top deck of Newcastle 114 which can be found in the classic Beamish town shot at the clockwise tramstop. 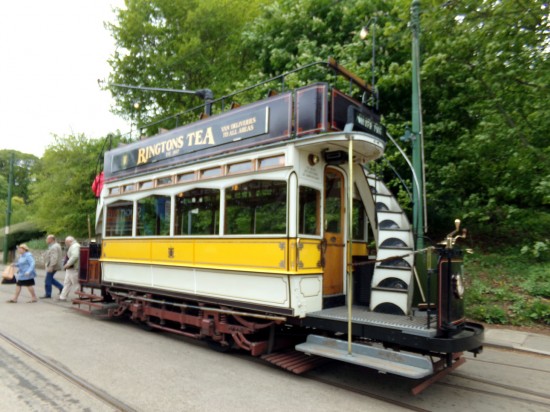 Another view of 114. This time we find it at the Entrance. 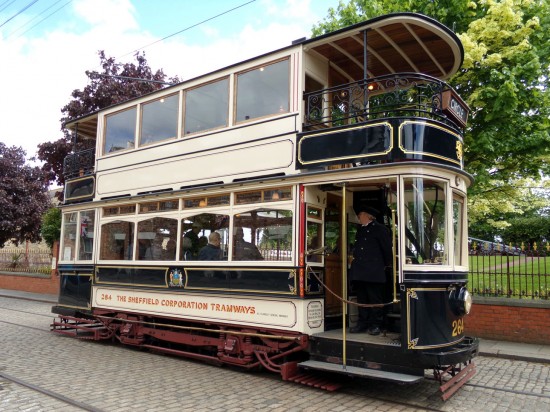 Running anticlockwise around the museum was Sheffield 264. It is now some two years since this tram returned to service after overhaul. (All Photographs by Alasdair McFarlane)