When we last took a look at the cosmetic restoration of Cambridge Street Tramways 7 at the Ipswich Transport Museum just before Christmas a start had been made on painting the tram and now as we head back to East Anglia for this latest update the almost finished paint job is a sight to behold! Ken Jones with the images.

As we have reported before this tram is in fact a third hand horse car originally built for Bath in 1880 and arriving in Cambridge via Bradford in 1894. Remaining in service in Cambridge until closure of the system in 1914 no. 7 was sold for further use as a workshop extension in Ely. Rescued from here in 2003 it was soon moved to the Ipswich Transport Museum and in recent years good progress has been made on restoring the tram for display at the museum.

Recently there has been a lot of progress with the paintwork and in these below photos the full effect of its shiny paint job can be seen, including the unusual low level adverts. Work is still in progress on the remainder of the restoration but with the painting now more or less complete the finished product looks set to be absolutely stunning! 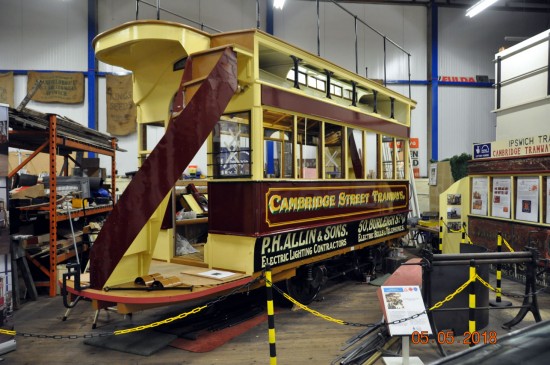 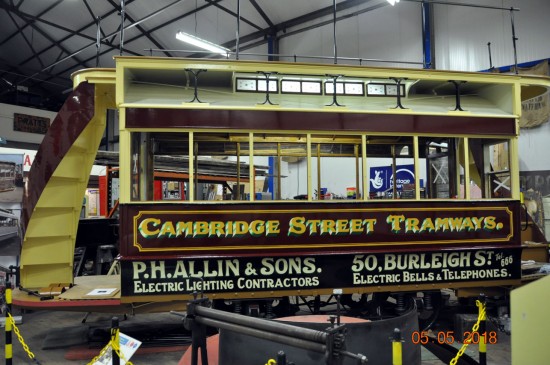