In Pictures: Blackpool 626 sighted at docks!

Posted on Wednesday 2 May 2018 by Andrew Waddington

Blackpool Brush Railcoach 626 has become the latest of the many Blackpool trams which were sold off at the time of the tramway upgrade, to be moved to a new home recently. Unfortunately, having remained undercover ever since leaving Rigby Road behind it in 2010, the tram has now found itself in outside storage – although this is believed to only be temporary.

Back in 2010, 626 was the first of several Blackpool trams to be acquired by Merseytravel for potential future use in connection with the ‘Wirral Waters’ development at Birkenhead. Although initially based at the Birkenhead heritage tramway, the car never actually carried passengers there, and was subsequently moved to storage elsewhere. Ownership was transferred over to Peel Holdings, in the hope of the ambitious local regeneration scheme still going ahead in the future despite various setbacks.

Earlier this week, 626 was spotted at some docks on the site of an old oil depot, having been extracted from its previous resting place at Cammell Laird’s storage depot. Following an initial panic regarding the tram being seemingly dumped outside, we have since received information from a reliable source confirming that 626 has been placed there temporarily, and that the tram still has a future with the company, meaning that, for now at least, it is not up for sale.

It is to be sincerely hoped that Brush car 626‘s spell of open storage will be brief as the car left Blackpool fully serviceable and, despite having barely turned a wheel for the past eight years, it remains in a far better condition than many of its preserved sisters. Hopefully more suitable accomodation will be found for 626 before the elements, and potential vandalism, affect its future prospects as it would be a great shame to see it deteriorate too much after being well kept for so long. 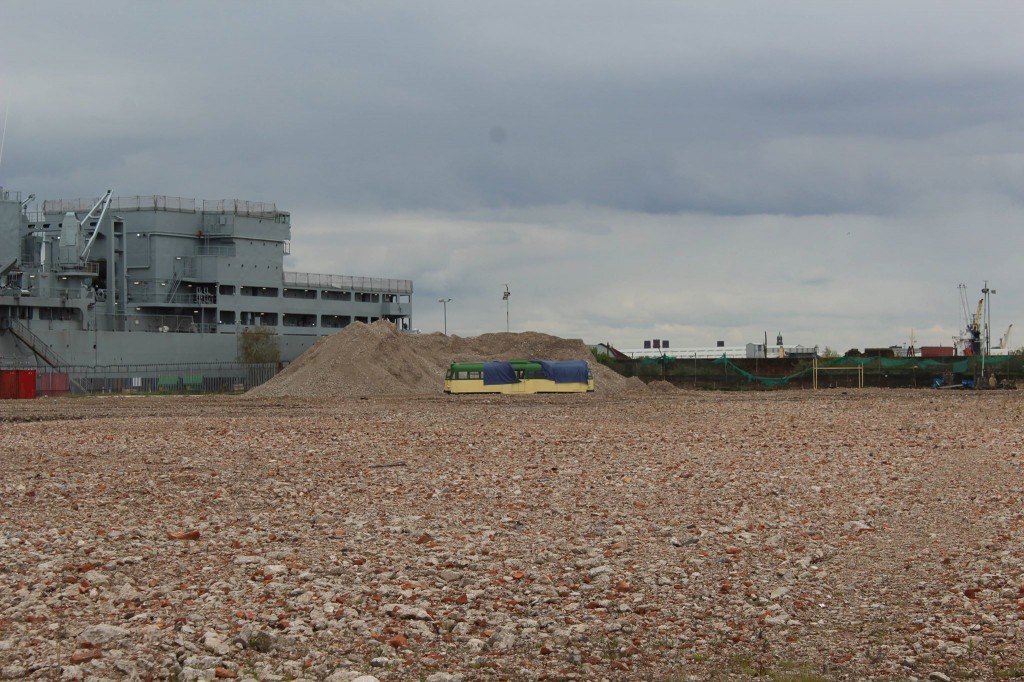 What's that in the distance? Oh its a Brush car! This was the scene at the Birkenhead docks on 1st May, with Blackpool 626 visible, still looking smart in its 1970s style green and cream livery applied shortly before it left Blackpool in summer 2010. (Photo by Adam Jones)