The chances are that if you think of preserved first generation Birmingham trams your first thought will be of 585 located at the Thinktank Museum in the city centre. However, there is another tram from the city in the Greater Birmingham area with the surviving parts of 107 being found at the Aston Manor Road Transport Museum. A recent open day afforded Ken Jones the chance to capture the following images of the tram.

Only the lower saloon of 107 survives with this part of the tram being officially preserved in 1988. As with so many first generation trams upon withdrawal from its original operating life it was sold on for further use with 107 being used as a summerhouse in Bromsgrove. Built in 1906 the tram was an open balcony tramcar constructed by UEC in Preston and remained in service until withdrawal in 1939. It is currently stored at the home of the Aston Manor Road Transport Museum awaiting the chance for it to be restored although this seems to be some way off at the moment. 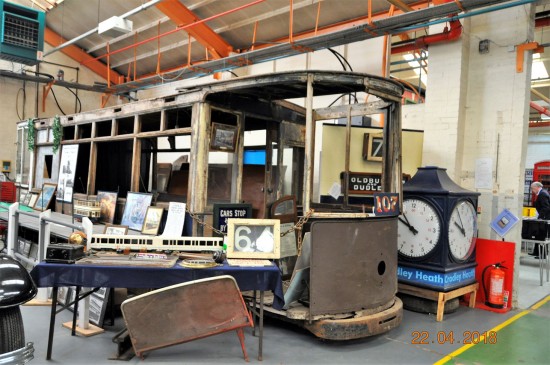 The lower saloon of 107 is situated in the corner of the transport museum and is surrounded by other memorabilia and models. 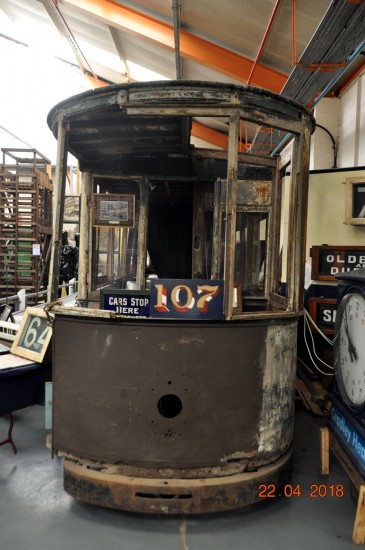 An end on view of the tram. 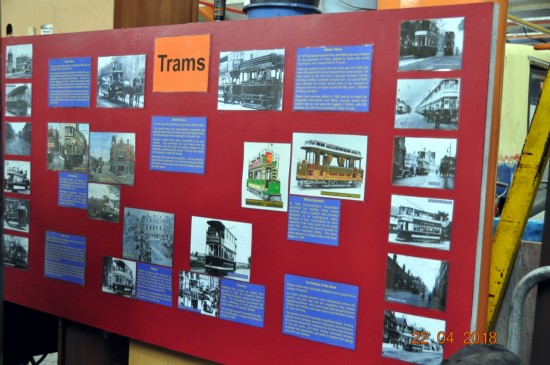 There is also an information display on trams. (All Photographs by Ken Jones)