Posted on Sunday 1 April 2018 by Gareth Prior

There may have been delays over the winter but construction of the all new Seaton terminus is continuing to progress with a hoped for opening date later in the spring. The poor weather over the winter – not helped by the Beast from the East which caused the tramway to be closed on two separate occasions – has meant that the work programme has fallen behind schedule but the basic structure is now in place showing how it fits into the general environment. In this pictorial update we take our first look at what the new building looks like.

It may be remembered that the old Victorian style terminus was a very open structure meaning that when inclement weather hit Seaton, passengers waiting for the next tram normally got the full effect. That shouldn’t be a problem with the new terminus which is a mainly enclosed building and is definitely not Victorian in style anymore! Following developments in recent years in the surrounding area with the opening of a Tesco superstore and Seaton Jurassic it was felt that the terminus was out of keeping and so the bold new more modern structure was proposed which would also provide a much better waiting environment for passengers.

The last trams ran into the old terminus on Sunday 17th September and since then construction work has been ongoing. It had been hoped to reopen on Good Friday but that hasn’t been possible with a date later in the spring to be announced once everything is ready. Currently the basic shell of the building is in place but the finishing touches are required as is the installation of the new track layout.

Not the best quality photos – having to be taken through the security fencing put up to prevent anyone getting onto site – the below illustrate the current state of the work. 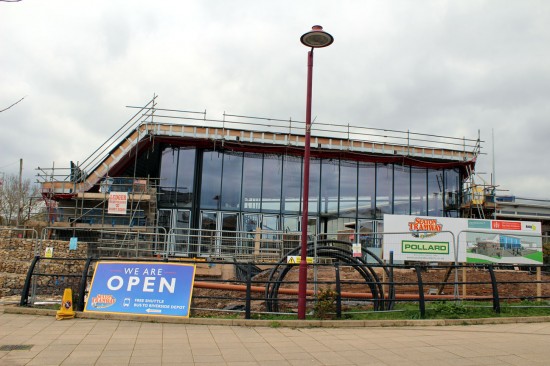 This is the view which will welcome visitors to Seaton as they come up from the seafront with the extensive use of glass so that it will still be possible to spot the trams waiting for departure. It is also apparently planned that some trams will be stabled in the building overnight which will be illuminated providing a spectacular view at night. 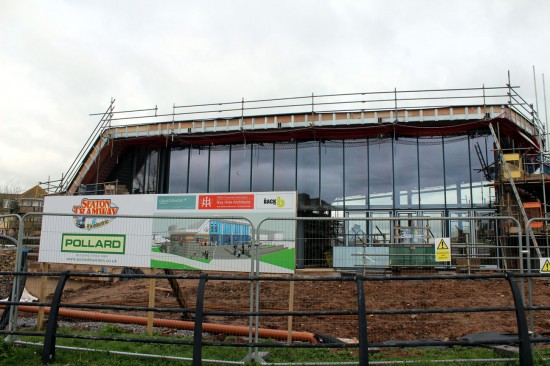 Another view of the front of the building along with the artists impression of how it will eventually look. 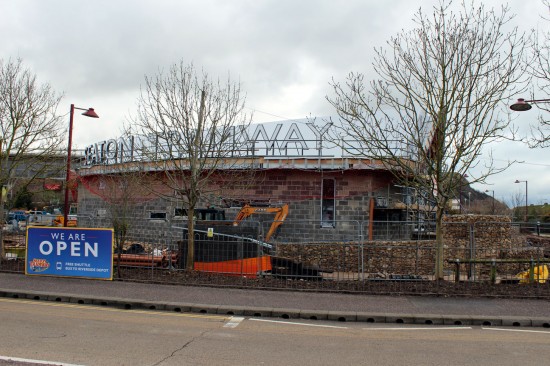 One of the most stylish parts of the new terminus is the Seaton Tramway lettering along the roof. 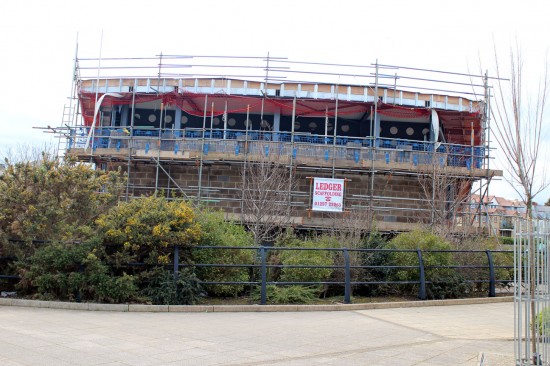 This is the part facing Tesco – no more photos of trams from this viewpoint! 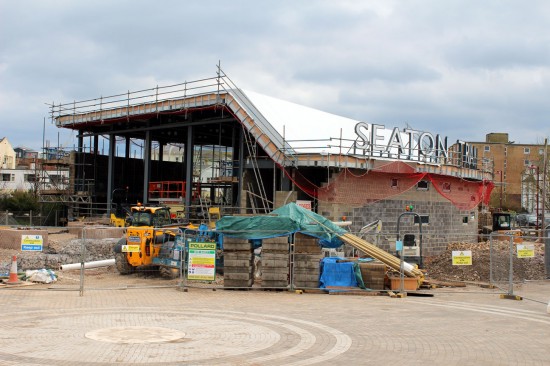 Facing Seaton Jurassic with fair bit of work still to be completed. 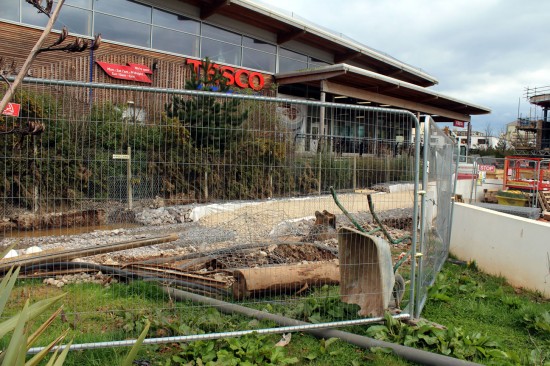 Track on the approach to the terminus has been lifted and will be relaid to the new layout once work on the building has sufficiently progressed. (All Photographs by Gareth Prior, 31st March 2018)

* Further photos from this day at the Seaton Tramway will follow in a future update of British Trams Online.