Posted on Saturday 17 March 2018 by Gareth Prior

The capital’s only true tram system operates through Croydon and that is exactly where we find ourselves for this edition of Picture in Time.

Taken in 2000 this photo shows 2540 calling at Lebanon Road whilst working a line 3 service to New Addington (which as it does again today operates around the central Croydon loop). The tram is in the traditional Red and White livery instead of the latter day Green/Blue/White colours seen on Tramlink now. As for the tram it was delivered to Croydon on 8th February 1999 and entered service soon after the system opened in May 2000. 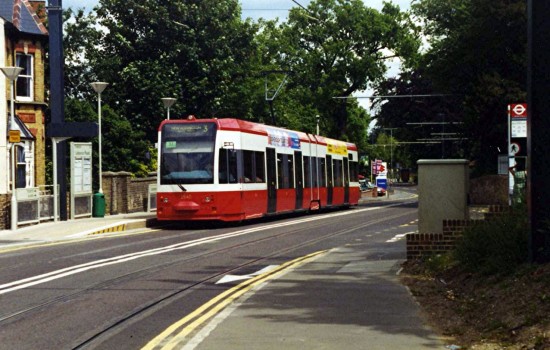