Posted on Friday 2 March 2018 by Gareth Prior

Having arrived back in the UK from its battery fitting on 22nd September Midland Metro Urbos3 18 now seems to have started daylight testing and driver training ahead of an eventual entry into service; when it does it will be the first battery operated tram to run in service in the UK. Its first appearance this week saw it conveying a group of local councillors on a battery operated trip and it has also been shunting around the depot as preparations for its entry into service continue.

18 made its first departure from the depot in daylight at approximately 1110 on Thursday 1st March with the councillors on board to experience the future of tram travel in the West Midlands. Leaving depot powered by its pantograph – a recently fitted panto no less – when it arrived at the platform at Wednesbury Parkway the pantograph was lowered and 18 then headed north to Priestfield powered by its batteries. The tram then returned to Wednesbury but under overhead power again.

It is now likely that 18 will undergo full driver training before it is cleared to enter normal service. It remains to be seen when it does enter whether it will use its batteries at all before either the Wolverhampton or Birmingham extensions are opened or if it will be pantograph all the way for now. 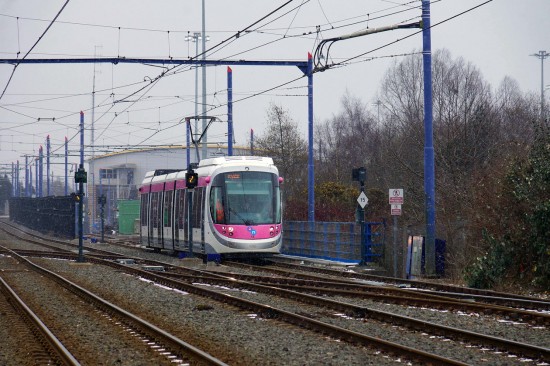 18 leaves the depot on 1st March for its special trip. Note the pantograph is still raised. 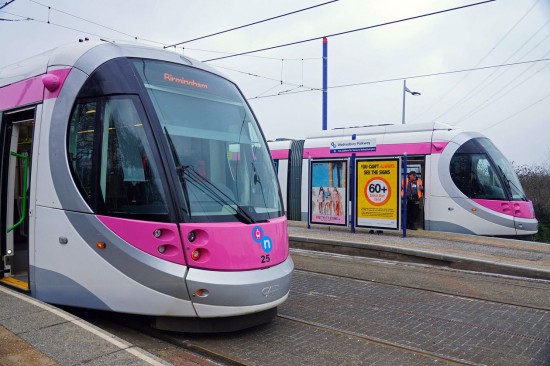 25 is seen alongside 18 at Wednesbury Parkway. 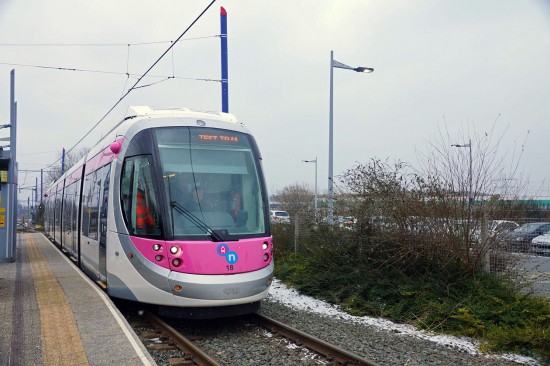 18 waits in platform 3 for its northbound trip. The pantograph has now been lowered. 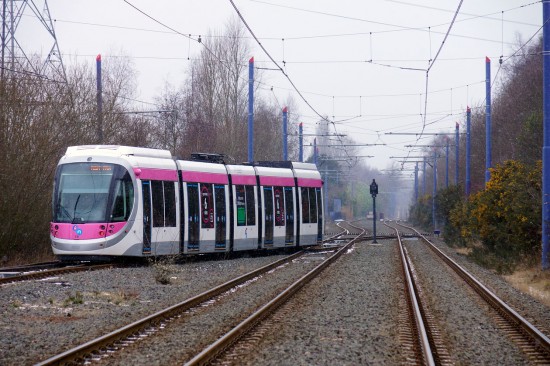 18 heads off from Wednesbury Parkway. 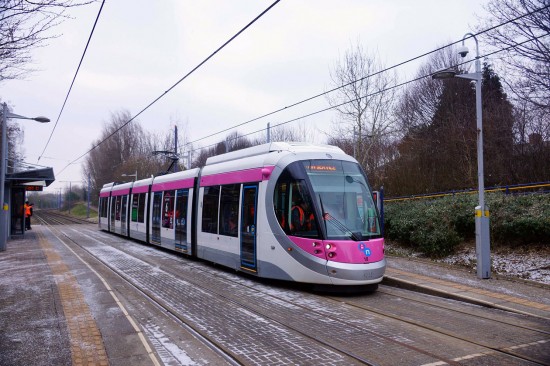 With pantograph now back up 18 heads back through Loxdale on its way back to Wednesbury. (All Photographs by Andy Walters)