Posted on Thursday 1 March 2018 by Gareth Prior

Whilst both Edinburgh and Dublin have been hit by heavy snow which for the latter involved a complete service shutdown the situation hasn’t been quite as severe in England. On the whole it has been calmer although as Thursday 1st March progressed Manchester Metrolink started to see more disruption across the network.

Full service has been operating throughout

On Thursday 1st March the Oldham and Rochdale line was suspended. At times no trams were able to run at all between Rochdale and Victoria although later in the day a service was resumed from Victoria to Newton Heath and Moston.

The Bury line was also suspended because of severe weather from mid-afternoon.

A power supply issue also caused problems which meant services from Ashton-under-Lyne only ran as far as Clayton with those from Eccles turned short at Deansgate-Castlefield. The Altrincham service also ran direct from Altrincham to Queen’s Road.

Again not very heavy snowfall in the West Midlands but there have been delays on 1st March with points problems at both Wolverhampton and Grand Central whilst services were also turned at Priestfield during the late afternoon because of heavy traffic on Bilston Road. 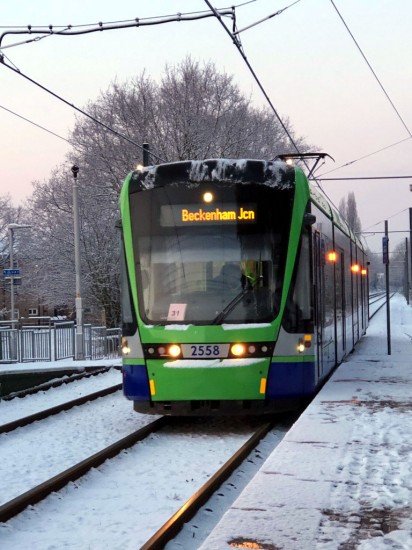 London Tramlink Stadler 2558 heads through the snow on 28th February. Note the destination on the tram which is running from Wimbledon to Beckenham Junction on the new service. Tram captured at Arena. (Photograph by Kevin Saltmarsh) 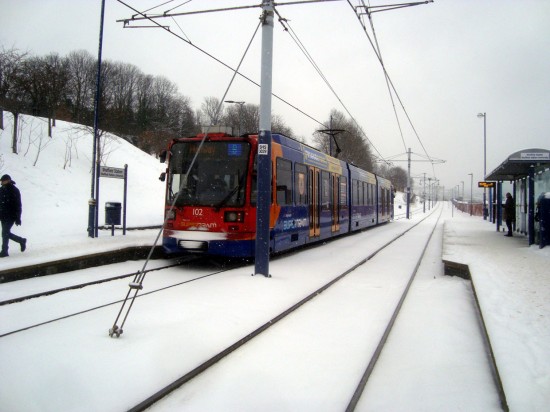 In Sheffield on 1st March and 102 pauses at Sheffield Station running through the snow to Halfway. 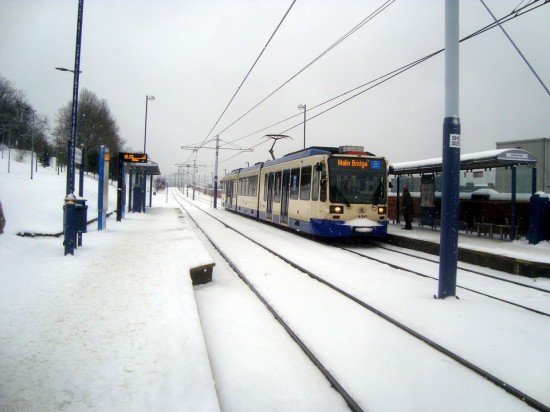 With colours to (almost) match the snow 120 arrives at Sheffield Station. 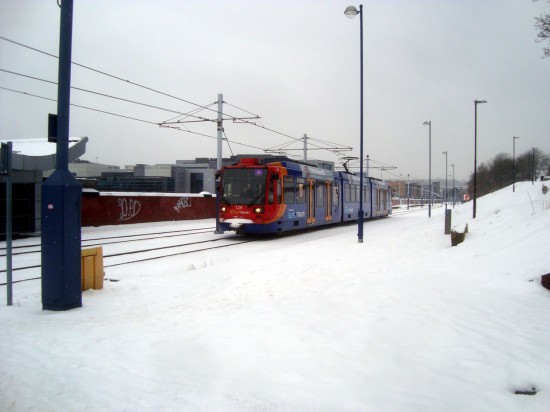 This entry was posted in Blackpool Tramway, London Tramlink, Manchester Metrolink, Nottingham Express Transit, Stagecoach Supertram, West Midlands Metro. Bookmark the permalink.
We use cookies on our website to give you the most relevant experience by remembering your preferences and repeat visits. By clicking “Accept”, you consent to the use of ALL the cookies.
Cookie settingsACCEPT
Privacy & Cookies Policy