Posted on Friday 20 October 2017 by Gareth Prior

One of several trams from overseas which has found itself in the UK for reasons which seem to have been lost in the mists of time is Frankfurt 210. The tram has been in the UK since the mid-1980s when it was donated to Birmingham (Frankfurt and Birmingham are twinned) and has since made its way east with it currently being found at Whitwell Station Museum in Norfolk. And it is that location where Keith Halton caught up with the tram in the below images.

210 moved to Whitwell after it was deemed surplus to requirements at the Great Yeldham Transport Museum in 2012. An aborted offer to the Tramway Museum Society raised fears of its future but it found its new home in Norfolk where it has remained in outside storage ever since. Despite its current condition there are hopes that a brighter future is in the offing. 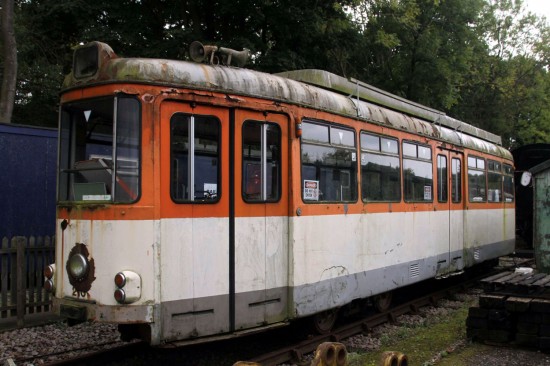 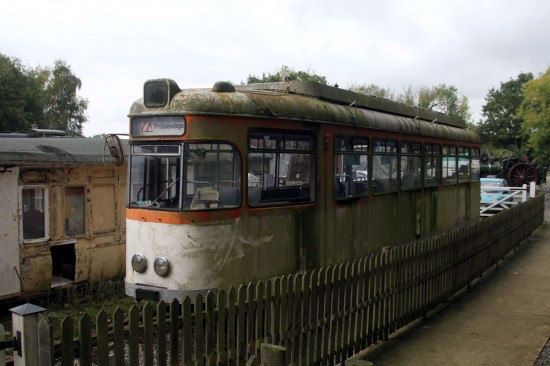 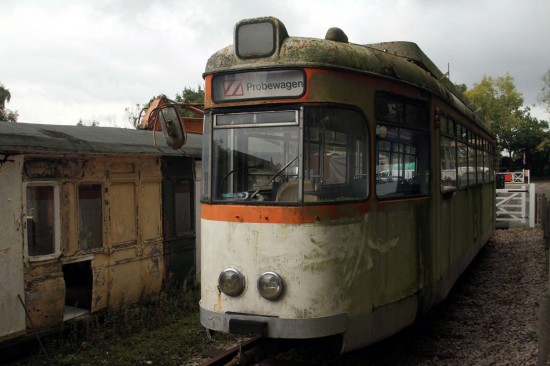