Posted on Saturday 30 September 2017 by Gareth Prior

In this instalment of Picture in Time we are off to South Yorkshire for a couple of images from the early days of the Supertram system.

This is 10th August 1994 and at this time the only section of the Supertram network which had opened to the public was that between Fitzalan Square and Meadowhall although within two weeks passengers would be welcomed on the stretch of line from Fitzalan Square to Spring Lane. The tram which is featured in these photos is first numbered of the trams, at this time 01, later to become 101, carrying the original grey with a bit more grey livery.

This first photo is of 01 as it approaches the delta junction bound for Fitzalan Square off the line to Sheffield Station which at this point in time was not open to the public so this must have been a test run. 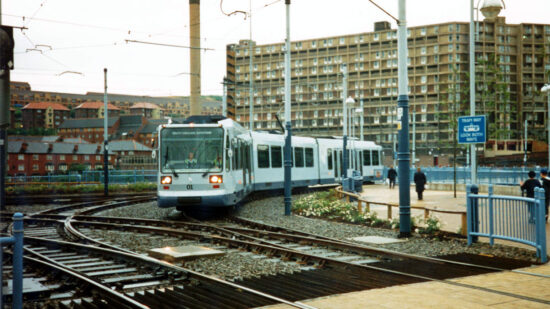 And then we turn around and capture another image of 01 as it heads over the iconic bowstring bridge. 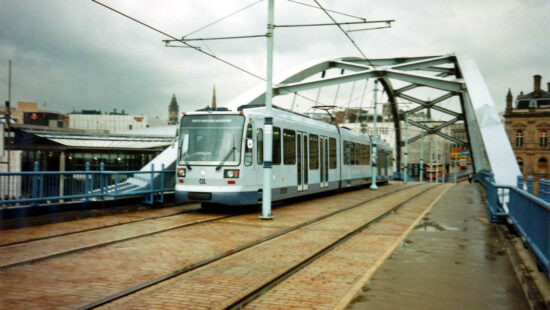